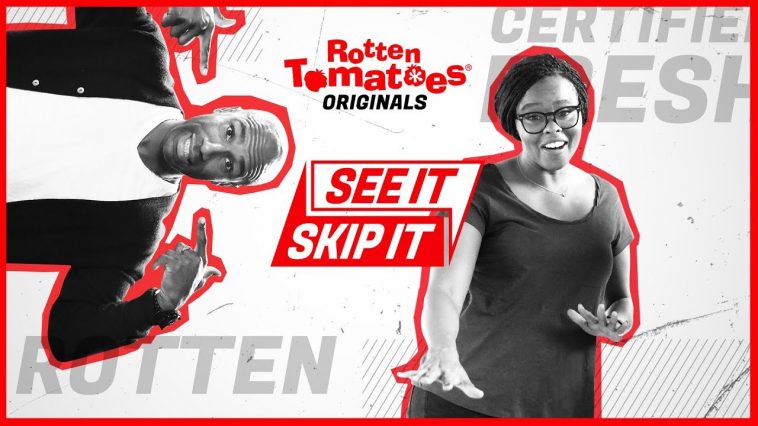 Rotten Tomatoes forced me to watch their new show ‘See It/Skip it’ in order to get the Tomato Score for Justice League yesterday, and I won’t be doing it again.  Thanks to Metacritic I already knew what the score would probably be, but because Justice League is a major film, especially for a DC geek like me, I was super curious.  It was a mistake I will not be making twice.

Listen, even if they pull this, “We aren’t going to post the score until after the show airs for a few hours!”, nonsense again.  I will just be patient and wait for every other media outlet on the internet to tell me what it is because ‘See It/Skip It’ is almost unwatchable.  The hosts have no charisma, or any chemistry together, and it all comes off super scripted.  Plus, I am not sure why I am supposed to take their advice over the advice their website is already giving me.  For the record they both said ‘See It’ for Justice League that way you will know what everyone is taking about Monday, but that they didn’t think it was very good.  Which is kind of an odd stance to take.

Anyway, ‘See It/Skip it’ is a waste of everyone’s time.  There is so much other stuff to read and watch on the internet about movies, and I am sure just about all of it is better than ‘See It/Skip It’.  I am hoping Rotten Tomatoes will have a Tomato Score for its own show because it will not be good.