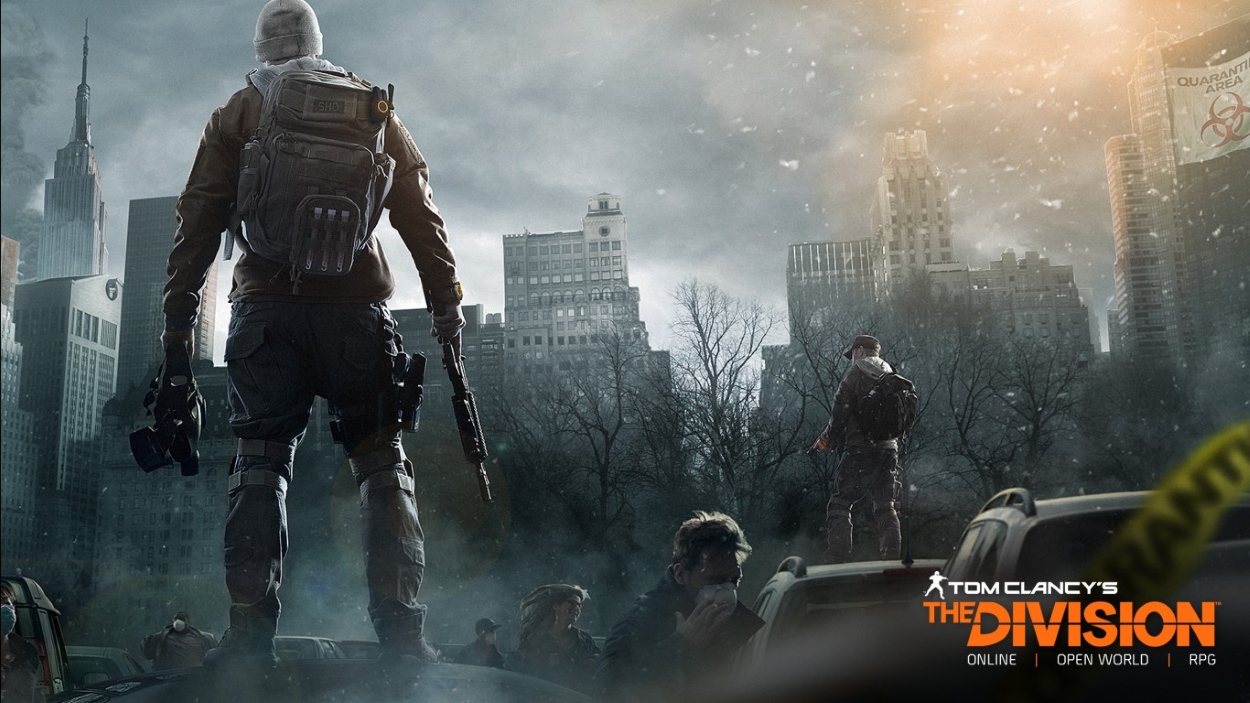 A while ago I complained that Ghost Recon: Wildlands has a tone issue.  It is a very serious setting, but in all actuality it is a co-op version of Grand Theft Auto: Bolivia, but with higher powered weapons.  The Division has the same problem: New York is a wasteland after almost being wiped out by a bio-terror attack, and people are struggling to survive.  Which is a great setting for a third person looter similar to Borderlands, but with cover based shooting.  I mean someone has to go in and murder all those people that are looting and then take all their stuff for themselves.

The Division is all about getting better items so you can shoot bigger bad guys and then in turn get better items.  All the while your character gets more and more ridiculous.  I mean look at this majestic neon trash Mounty: 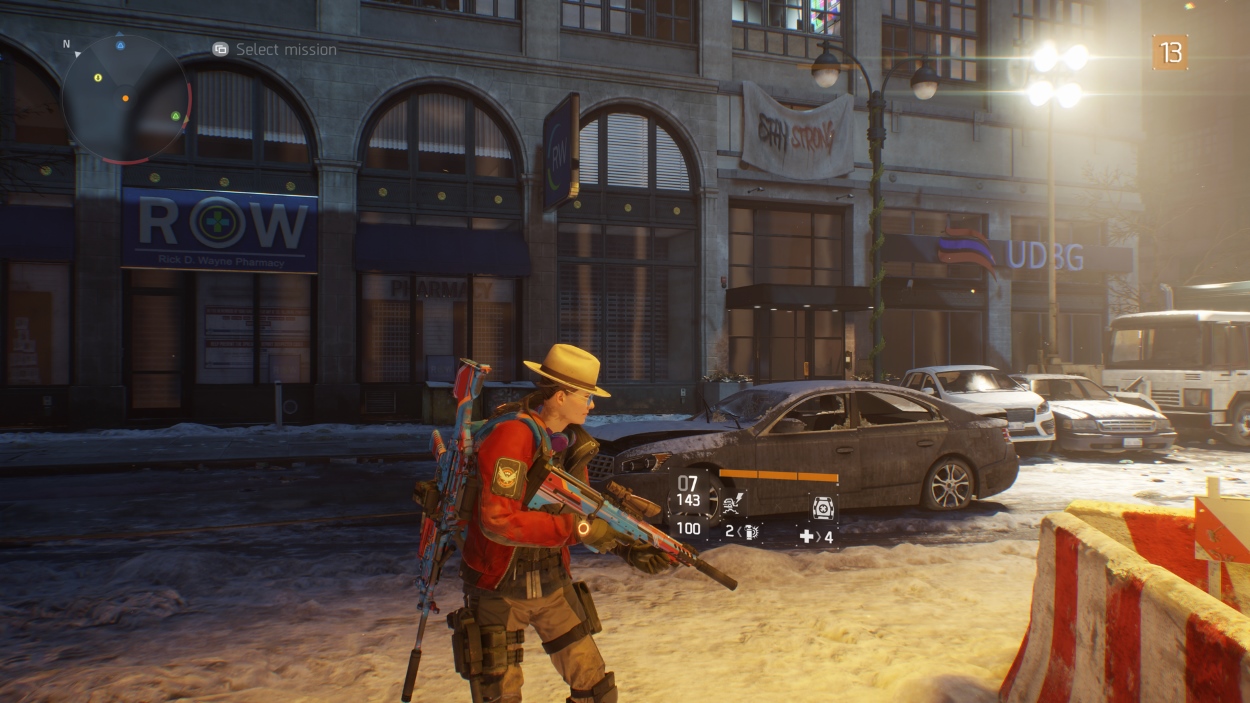 She has matching neon striped guns and backpack, with purple headphones, and not seen, yellow shoes that she got from giving a sick homeless person a can of pop (like in the real world, the only reason to help the needy is to get cool clothes).  She might look odd now, but trust me, she could be crazier, and yes that icon by her gun does mean she has a turret that shoots taser bullets.

Listen, The Division is a fun game, and looter genre has a great loop.  Getting guns and gear with bigger numbers and cooler abilities is very fun and addicting.  I am just tired of Ubisoft making these super serious worlds and putting silly games in them.  If you are going to have a looter in New York why not do a future version of The Warriors, and then have a bunch of crazy themed gangs (The Division’s flame thrower wielding Cleaners not withstanding).  That way the player will at least feel good about what he is doing in a trashed version of the Big Apple, but no, we get a sad and haunting story mixed with zany gameplay, again.  Ubisoft’s games are good, but they just need to stop trying to be so serious.