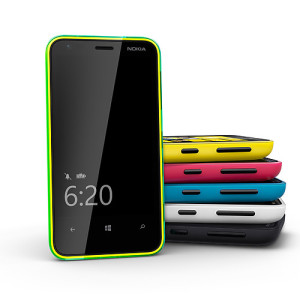 Microsoft and Nokia are rolling out the Amber (GDR2) update.  Since my phone updated without issue, I thought I would give my impressions of it for my Lumia 928.

The biggest addition in the Amber update for all Windows Phones is greater developer control of the camera.  Nokia took full advantage of this by releasing the Nokia Pro Cam app that allows you to change the shutter speed, ISO, which flashes to use, and whatever else you would want to tinker with.  This app is really for their 41 Megapixel camera on the Lumia 1020, but it is fun to have on this phone as well.  Plus Nokia updated the auto setting on the camera to just take better pictures overall for us point and shooters.

The Lumia line (except the 520) now also has a feature called Peak, and what that does is when you look at the phone it shows the time without unlocking it.  It is low power, so it is not a battery drain, and it is nice if you do not wear a watch.  Peak also turns on when you are charging the phone, so you can see your phone’s charging status.

The last major update my phone got was the ability to filter phone calls and text messages, so now if I go to Settings, call+SMS filter, I can enter in numbers that I do not want to hear from.

I was bummed that I did not get the FM radio feature that most Lumia’s got because it would be nice to be able to listen to music when I don’t have a good data connection.  Luckily Verizon’s LTE is just about everywhere so it is not major issue.

The rest of the Amber update is mostly bug fixes, an email update to better allow for the syncing of GMail, and better group texting, so all and all it was a good minor update.