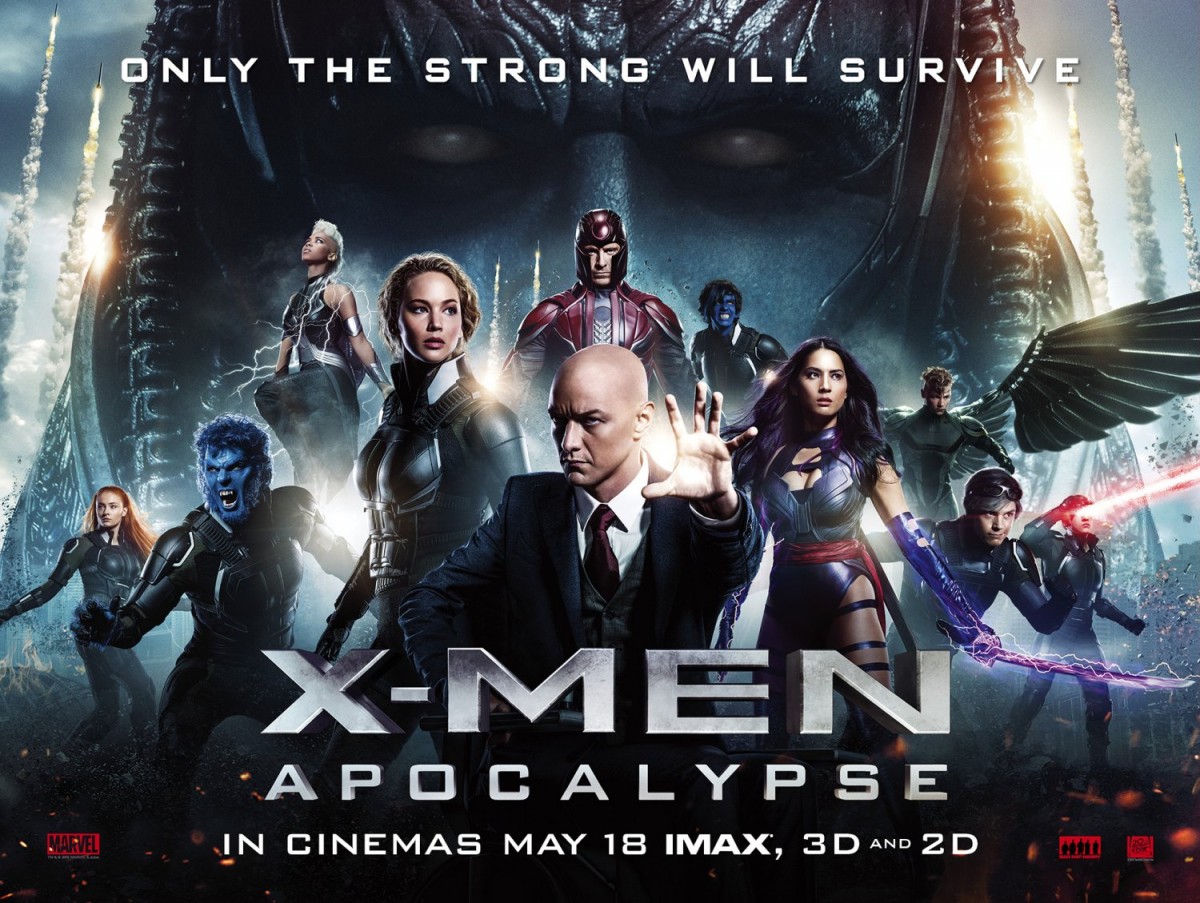 After watching Logan it occurred to me that I had never seen X-Men: Apocalypse, and now having watched it I am angry at Fox, Bryan Singer and Co. for not learning anything from X-Men: The Last Stand.  Now granted X-Men: Apocalypse doesn’t kill any major mutants off screen, and it isn’t anywhere near as bad as the Last Stand, but it is still overstuffed with characters, it has a plot with too much going on, and a bunch of actors that are there just to pick up their paychecks.

I would try to summarize the plot, but honestly it wouldn’t make much sense, but needless to say Apocalypse (Oscar Isaac) shows up to destroy the world so that only the strong can survive.  He is like a hardcore ancient Egyptian Darwinian terrorist.  Of course I would forgive you if you didn’t figure that out from watching the movie.  He mumbles about it a little, but he never truly explains why he wants to destroy everything, I just know from the comic books and the cartoon show.

I think Apocalypse is a lot of the problem with the movie.  There is nothing really interesting about him.  He is super powerful and he wants to destroy everything.  That is all you need to know, so the writing team decided to try to add some interest by throwing in the old and tired, “Magneto your not really that bad!”, B plot.  Let me tell you, I never need to see Professor X stare at Magneto with sad puppy-dog eyes ever again.  They also threw in just about every fan requested mutant they could, but none of them are given any screen time, so they are all wasted.

You could tell Isaac gave Apocalypse everything he had, but his costume and makeup made him look like an evil Smurf, not the biggest X-Men villain of all time.  Not to mention Isaac isn’t that tall, so other characters were towering over him.  Apocalypse is supposed to be huge.  This would have been fine ten years ago, and I generally commend teams for using CG sparingly, but Apocalypse should have been a CG character.  It also didn’t help that Michael Fassbender and Jennifer Lawrence looked like they were falling asleep the whole time.  It is probably hard being in what you know is going to be a bad movie, but please don’t make it worse by phoning it in.

Luckily Bryan Singer is a better director than Brett Ratner and Gavin Hood, so X-Men: Apocalypse is better than The Last Stand and Origins Wolverine, but it is worse than the rest of the X-Men films.  X-Men was on a good streak too.  It seemed that they had learned from Ratner’s mistakes, only to fall victim to the same traps.  More is not better, and everyone should have known better.  That way X-Men: Apocalypse wouldn’t have had to exist.