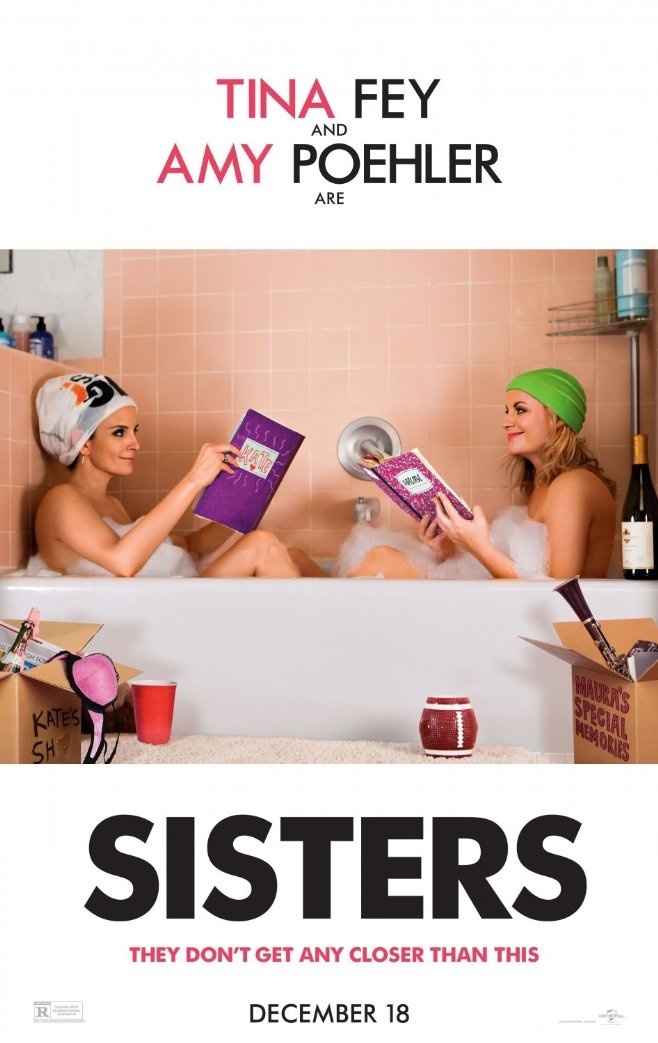 Tina Fey and Amy Poehler are comedy super-friends, and they are two of the funniest women working today, so a movie featuring them as dysfunctional sisters should have been hysterical.  Instead the result is sadly uneven.  When Sisters commits to being silly it works well, but when it tries to slow down and get serious it doesn’t just slow down it grinds to a halt.  Like many comedies Sisters falls in to the trap of thinking it needs personal drama to go with its over the top zaniness.

Sisters is about two sisters (go figure) who have to rush to their childhood home to pack up all their stuff because their parents are selling it.  When they get there however they decide that since their parents didn’t make this decision with their approval that they are going to throw the biggest party in their old neighborhood’s history. Oh and one sister is by-the-book (Amy Poehler) and the other is a free spirit (Tina Fey) (conflict), and the free spirit is having troubles with her daughter (drama).

The two sisters throwing a crazy party is a lot of fun.  The two sisters settling their old differences and dealing with an upset daughter is kind of a drag.  If Sisters would have focused on what Fey and Poehler do best, be funny, Sisters would have been great, but instead they insist on shoehorning in all sorts of extra drama, and the film suffers for it.  Comedies need to remember that people come for the laughter, so it is okay to cut out everything else.

Fey and Poehler are great when cracking jokes, but much like the movie, less great when it is time to get serious.  I don’t doubt that they can be serious actors, but the script doesn’t really help them out.  They did the best with what they got, but that wasn’t much.

If you like Tina Fey and Amy Poehler Sisters is probably still worth watching, but if you were hoping to laugh non-stop you will be disappointed.  It seems like I am always deriding comedies for trying to get serious, but the sad fact is that the inserted drama is always worse than comedy, so they should have just stuck with the jokes.  Sisters is unfortunately no different.