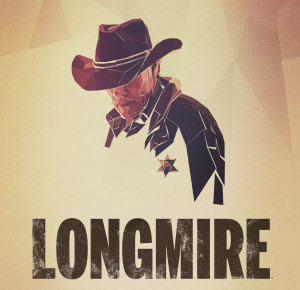 Mrs. The Paladin and myself settled in over the weekend to watch the Netflix resurrected 4th season of Longmire. As fans from the show when it was an A&E show it was a joy to see the same quality, locations, and actors as before. The life of the Sheriff of Absaroka County in Wyoming is a hectic one and Robert Taylor is excellent as the title character. The supporting cast of Katee Sackoff, Lou Diamond Phillips, A Martinez, and Adam Bartley breath life in a diverse cast of character that have grown from scene one to interesting and dynamic personas. Like any great show, its the characters that bring you back for more. Of course for Longmire the best character of all is Wyoming. Few shows have made me want to travel to a place and just soak it all in. The vistas are epic and each “set” is sweeping.

Season 4 completes an arc that has been looming since the beginning of the series and begins a new arc that leaves the last episode on a cliffhanger. Hopefully Netflix OKs Season 5 because my wife needs to know what happens next. We both felt the later half setting up that arc weren’t as strong, but the last episode was satisfying enough to leave us both with a better impression of the series than if it had ended on Episode 9.

If you haven’t watched Longmire yet give it a try. Its all on Netflix for you to binge or nibble at your leisure.