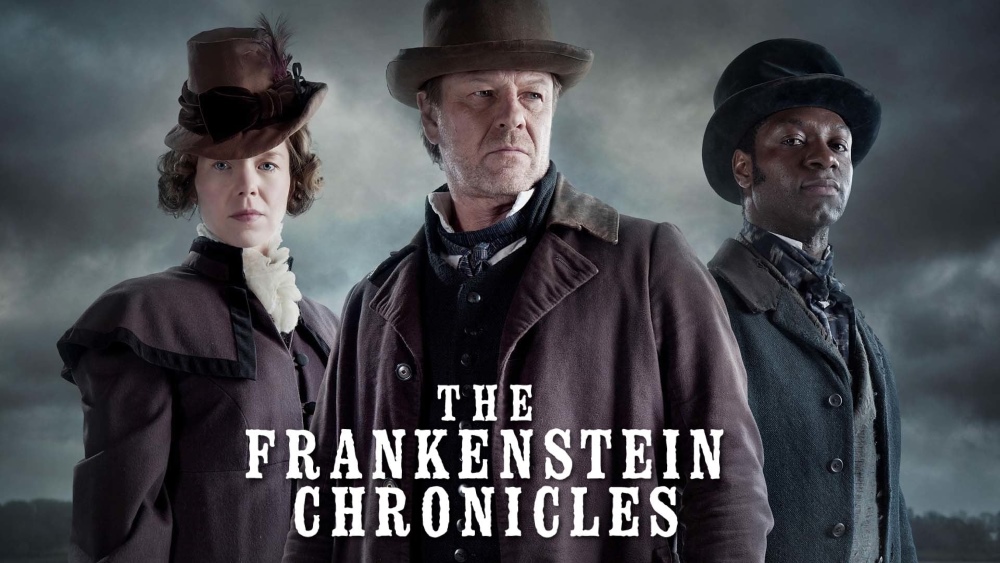 It is hard to keep track of the almost infinite number of shows Netflix has, but my wife’s love period pieces combined with my love of light horror made The Frankenstein Chronicles very interesting.  Now, if you are from across the pond you may be wondering what the big deal is.  This show is from 2015, but due to channels changing and going under and a myriad of rights issues it has taken three years to hit North America, and it is now called a Netflix Original.  Of course the main reason to watch this show is to see if Sean Bean’s character can live through it.

The Frankenstein Chronicles takes place in London during the early 1800’s.  Which if you were not rich was apparently not a great time to be living in the city.  Much like Taboo and a lot of other new grimy period UK dramas, there are not a lot of balls or tee parties in this show.  Instead, Sean Bean plays a police officer that patrols the water ways, and one day a child washes up on shore.  Which sadly isn’t that uncommon, but in this case it looks like it is several children all sewn together.  Not unlike Mary Shelley’s infamous (at the time) novel.

The story and the actors really make this show work.  Not to mention the time period makes for a great setting since scientific medicine is just starting to take hold, but it is making the uneducated and superstitious populace very nervous.  Unfortunately, you can tell it is a non BBC show.  While the costumes and the actors are great, it feels like they are always in the same three rooms all the time.  Which is the long way of saying it feels like they blew their budget hiring Sean Bean, but he was worth cash in this case since he carries the show.

If a little blood and Sean Bean don’t scare you, The Frankenstein Chronicles is worth watching.  It is interesting, and there are some slight chills and thrills woven deftly in to this tale, as you would hope with Frankenstein being right in the title.  Now that Netflix owns it, I hope they pick it up for a few more seasons.