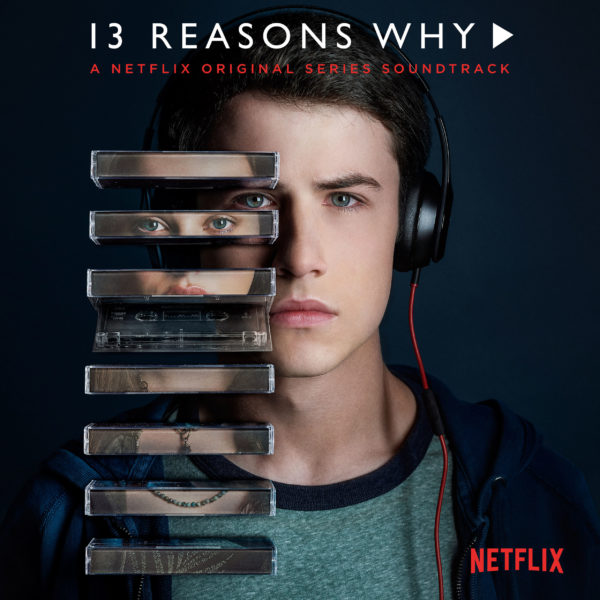 Leave it to Netflix to drop a TV show about one of the most troubling issues in America, teen suicide.  Suicide is the second leading cause of death for people from 15 to 24, and 13 Reasons Why takes it head on.  I am generally unaffected by what I watch.  Sure my friends will tell you that I jump out of my seat during a horror movie more than anyone they know, but I will sleep like a baby that night.  Not so with 13 Reasons Why.  It is keeping me up at night, and not just because I want to watch just one more episode.  Though that is true too.

The show starts in the aftermath of the suicide of Hannah Baker (Katherine Langford) and fellow Liberty High classmate Clay Jensen (Dylan Minnette) is not taking it well, and it gets even worse when a box full of cassette tapes is left on his front porch.  Each tape is narrated by Hannah Baker chronicling a reason why she decided to end her life.  Clay is informed that he is on one of these tapes, and he has no idea what he did.  He just knows he has to listen to the tapes and then send them to the next person on the list.

What is on the tapes is tragic, and Clay has a hard time listening to them.  He is our proxy for what is going on, and every tape devastates him further.  Of course he can only listen to the tapes a little at a time, so it takes him days to finish this task, which is convenient for the plot.  Some people are worried that this show glamorizes teen suicide, but this show is anything but glamorous.  It is sad and heart-wrenching, and it makes you angry at all the people involved in this poor girl’s life.

Granted with real life suicides we never get to hear the forlorn narration of why a person would make such horrible choice.  They are just gone, and they leave people to try and pick up the pieces of their lives.  Which is why I am torn about 13 Reasons Why.  On one hand it is an amazing drama that doesn’t shy away from its troubling theme, but on the other, as sad as it is, it is still not a realistic portrayal of a real life issue.  All I can say is that 13 Reasons Why is very good, but don’t say I didn’t warn you if it keeps you up at night.