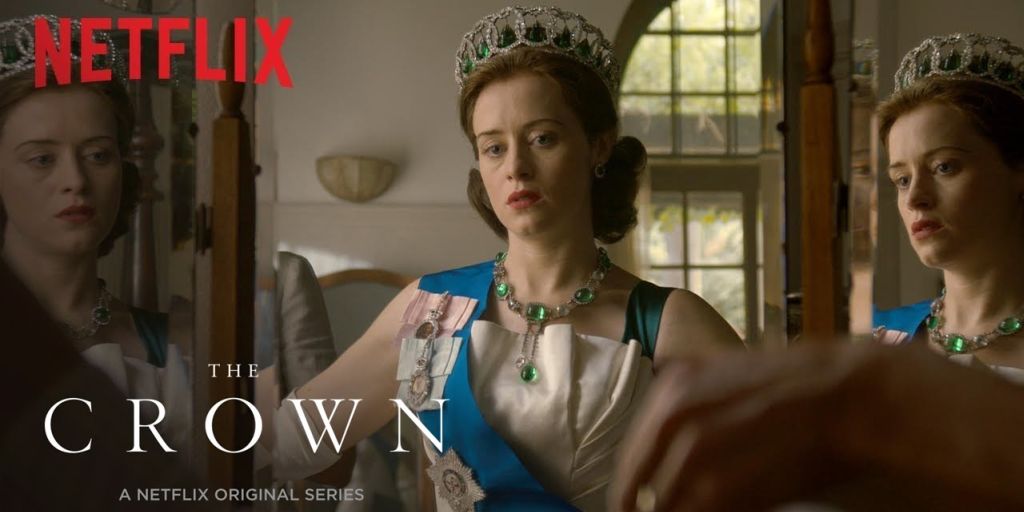 Americans have always had a strange attitude towards the British Monarchy.  On one hand we believe them to be irrelevant.  The Monarchy has no real power anymore.  They are a distraction from the real politics going on in the House of Commons.  On the other hand they are rich and glamorous and have a mysterious sway over their people.  Netflix’s The Crown gives an interesting look in to life and family of the current Monarch, Queen Elizabeth II.

The first season was about the trials and tribulations of becoming The Queen after her father’s sudden death.  Meanwhile, season two of The Crown is about marital and family strife.  Is The Duke cheating?  Are the kids doing well?  Won’t that sister for once just fall in line?!  And can’t at least one Prime Minister do his job!

The Crown gives a fascinating look in to all of this.  Of course I have my phone out the whole time fact checking everything, and Netflix does a commendable job about telling a story close to the truth.  The stories have been altered for the sake of better story telling, but the show does seem to get the feel of what was going on at the time correct.  Even if the facts and events are a little skewed.  Rounded off for convenience.

It is clear no expense was spared for The Crown.  It is loving shot and brilliantly acted.  The sets and cars make everything look like very much like the late 50’s and early 60’s.  It is easy to see how The Crown is Netflix’s most expensive show to produce.  Most movies don’t look this good.

If the reign of Queen Elizabeth II is at all interesting to you, The Crown is well worth watching.  Sure you will have to do a little extra research to get all the details right, but the show will transport you to Buckingham’s front door, and let you feel like you are taking in all the scandal and intrigue first hand.  Which is exactly what we wanted from The Crown.