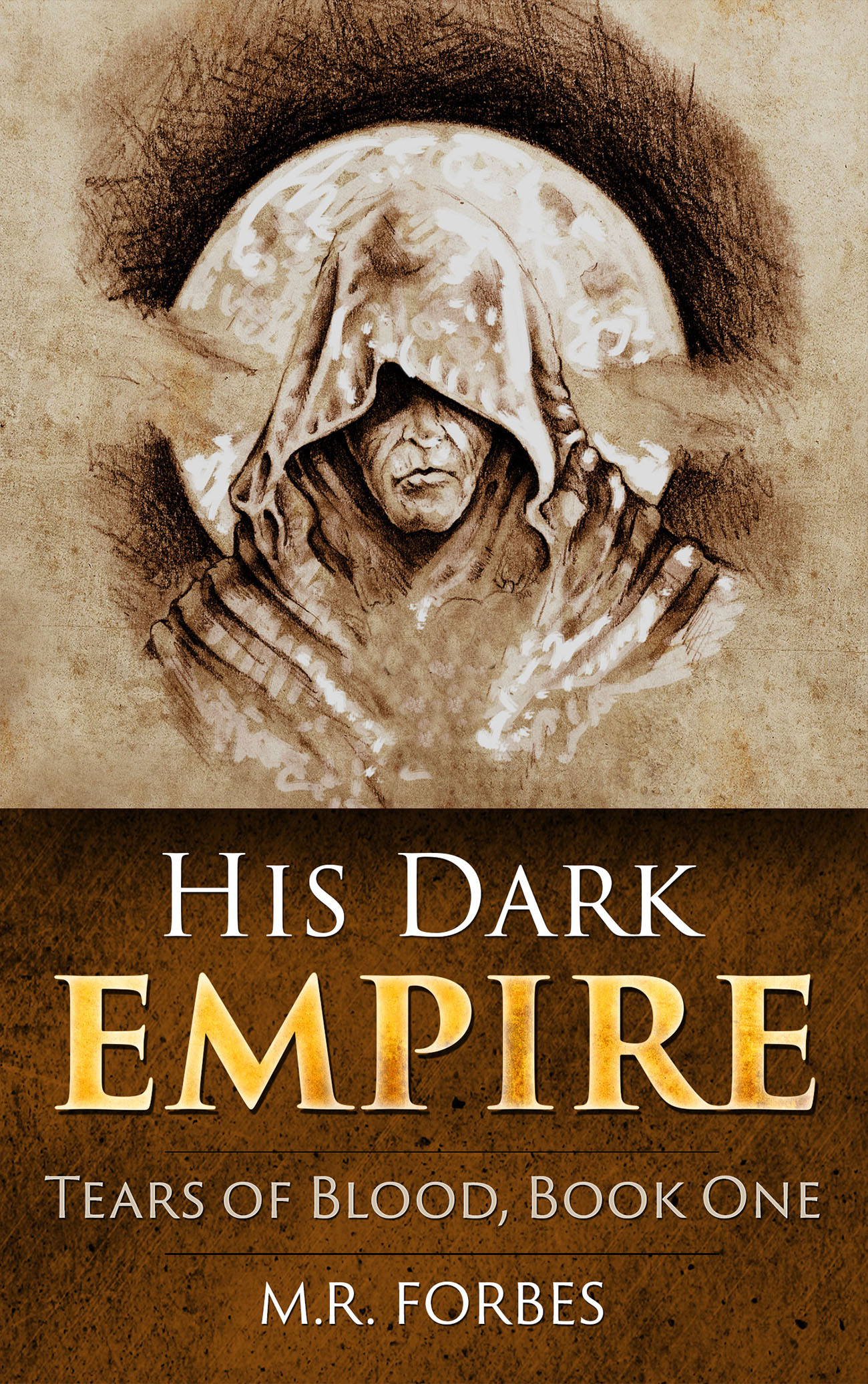 After reading the very decent book Starship Eternal by M.R. Forbes, I decided to give his fantasy books a try, and since his Tears of Blood series was on sale for three for a buck why not? (Unless you don’t like fantasy I guess) The three books in question are titled: His Dark Empire, His Cure for Magic, and His Dark Heart.  Like Starship Eternal Forbes doesn’t add a lot to the fantasy genre, but his books are competent and engaging.

The stories follow a young girl Eryn who finds out she has what is known as ‘The Curse’, and an old man named Silas trying to remember his past.  ‘The Curse’ is this universe’s name for magic, and all who have it are hunted down and killed, or forced to work for him.  He is trying to keep control over everything, even if it means killing innocent people, and causing everyone in his empire to live in fear.

What I liked about this series is that it feels very much like it is ‘post fantasy’.  Like the time of magic and elves has just past, and people are trying to live in what would be similar to the dark ages.  Barely remembering the fantastic days before their time.  Again this is nothing new, Game of Thrones is the same way, but unlike Game of Thrones there aren’t eight million people to keep track of.  Just two, and two is enough.

I don’t think these books will blow you away, but they will entertain those who enjoy the genre.  M.R. Forbes writes well, and his books are fun to read.  They just aren’t amazing or new.  Though there is nothing wrong with that.  I wish I could write as competently.  The Tears of Blood series is a good way to scratch your fantasy itch, but not much more.