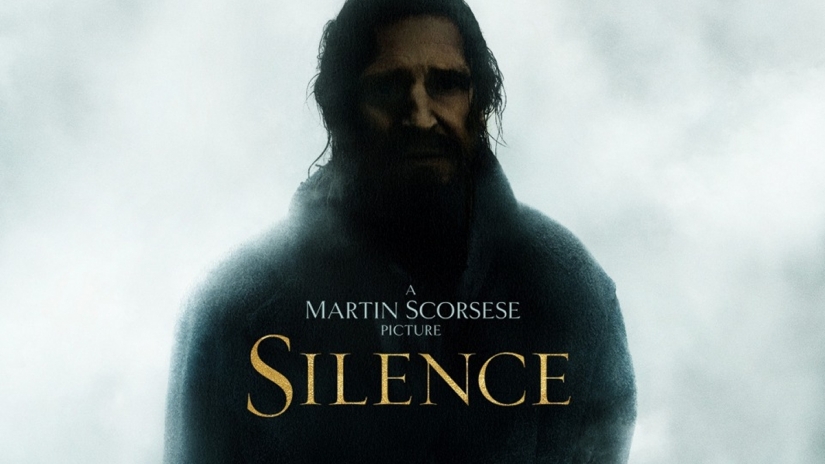 It is not often that you sit through a movie and do not enjoy it but still consider it a good movie.  However, that is the case with Martin Scorsese’s Silence.  It is a film that you endure for its almost three hour running time, but it is time well spent.  In the hands of less talented filmmakers Silence could have been a disaster, but Scorsese kept this movie on course.

Silence follows two Jesuit Priests (Adam Driver and Andrew Garfield) as they look for their mentor (Liam Neeson) in 17th century Japan.  During this time period Christianity was strictly forbidden, and those found out to be Christians were tortured and killed.  So it should come as no surprise that their journey does not go well.

Usually the name of a movie is chosen for marketing purposes.  Something catchy that looks good on a poster.  That is not the case with Silence.  Silence is the what this movie is about.  Not just that the film is quiet, which it is, but more so about the question, “How can God stay silent in the face of all this horror?”  This question is why I said in the leading paragraph that in the hands of a less talented director that this movie could have been a disaster.  It is a strong and powerful question, and one the audience needs to think about.  Lesser filmmakers just would have said that there is no God and move on with it.  Not so with Scorsese.  He reminds us that God is with us in the Silence, and that even if God did give us the answers we were looking for, we may not understand them.

Scorsese also did a good job treating the torture scenes, which there are a lot of, responsibly.  He didn’t back down from showing any of the horrible ways that humans were treated, but he also didn’t glorify these terrible acts.  They were shown very matter-of-factly.  Silence shows what happened as it happened and that is all.  The torture is not in this film to titillate anyone.

Silence is a long and hard slog, but one worth watching.  It isn’t very often that a secular filmmaker makes a thoughtful and powerful movie about doubting one’s faith and still manages to work in a little hope.  This movie asks a lot of questions, but doesn’t give the audience a lot of answers, and I think that is for the best.  Silence can be a hard movie to watch, but I think you should watch it anyway.