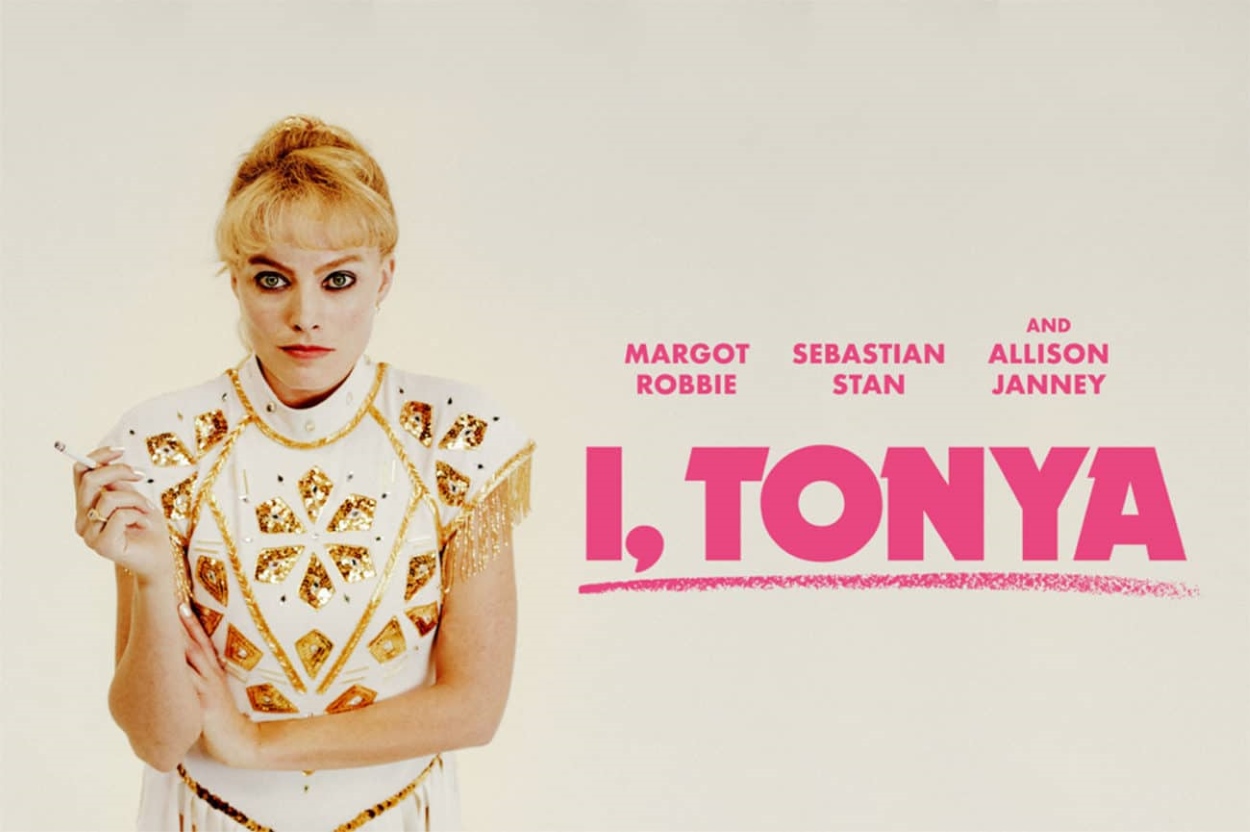 For us kids of the late 80’s and mid 90’s, we remember the Tonya Harding/Nancy Kerrigan incident vividly.  Low class villain Tonya Harding tried to get ahead by bashing in the knee of her main rival, America’s Sweetheart, Nancy Kerrigan.  Of course that isn’t quite what happened.  That is just the way it was reported, and thus how we remember it.  In all actuality Tonya’s ex-husband hired some guys to scare Kerrigan, and they went a little rogue.  According to him anyway.  The movie “I, Tonya” explores all this, and it does its best to get across all the wildly different stories about what happened.  It is an interesting and funny film, but sometimes the tone doesn’t quite jell with the content.

“I, Tonya” follows the life of Tonya Harding (Margot Robbie) from her early life to her trial and judgement just after the 1994 Winter Olympic Games.  It is also partially told through re-enactments of interviews with Tonya, Tonya’s Mother LaVona (Allison Janney), and Tonya’s Ex Jeff Gillooly (Sebastian Stan).  Gillooly and his crew are rubes of the highest order.  So much so that the movie is more comedy than drama.

The main problem with film, other than the fact it is told by very unreliable narrators, is that its comedic tone often clashes with the violent and verbal abuse that is directed at Tonya by LoVona and Gillooly almost nonstop.  We will be laughing at the idiocy of Gillooly’s goons one minute and then see him punch Tonya in the face the next.  It is jarring to say the least.  The juxtaposition happens so often that you almost feel like the movie wants us to laugh at it, but the director Craig Gillespie and the actors made clear in interviews that we are not.  They were just going for that whiplash effect.  I am just not sure it is always successful.

As with all character movies, they are only as successful as their characters, and the lineup for “I, Tonya” is fantastic.  Allison Janney makes everything better, and Margot Robbie and Sebastian Stan more than keep with her.  The side characters are all wonderful too.  It is a real acting showcase.  It is no wonder that Janney won an Oscar and that Robbie was nominated.

“I, Tonya” is streaming right now on Hulu, and it is well worth spending the two hours to watch it.  The abuse may be hard to watch, and the language is rough, but it was insightful to finally get Tonya’s take on the scandal.  Plus, the actors are all great.  “I, Tonya” is not your average sports movie, there are no heroes, and nobody wins the gold, but I enjoyed being introduced to Tonya Harding.