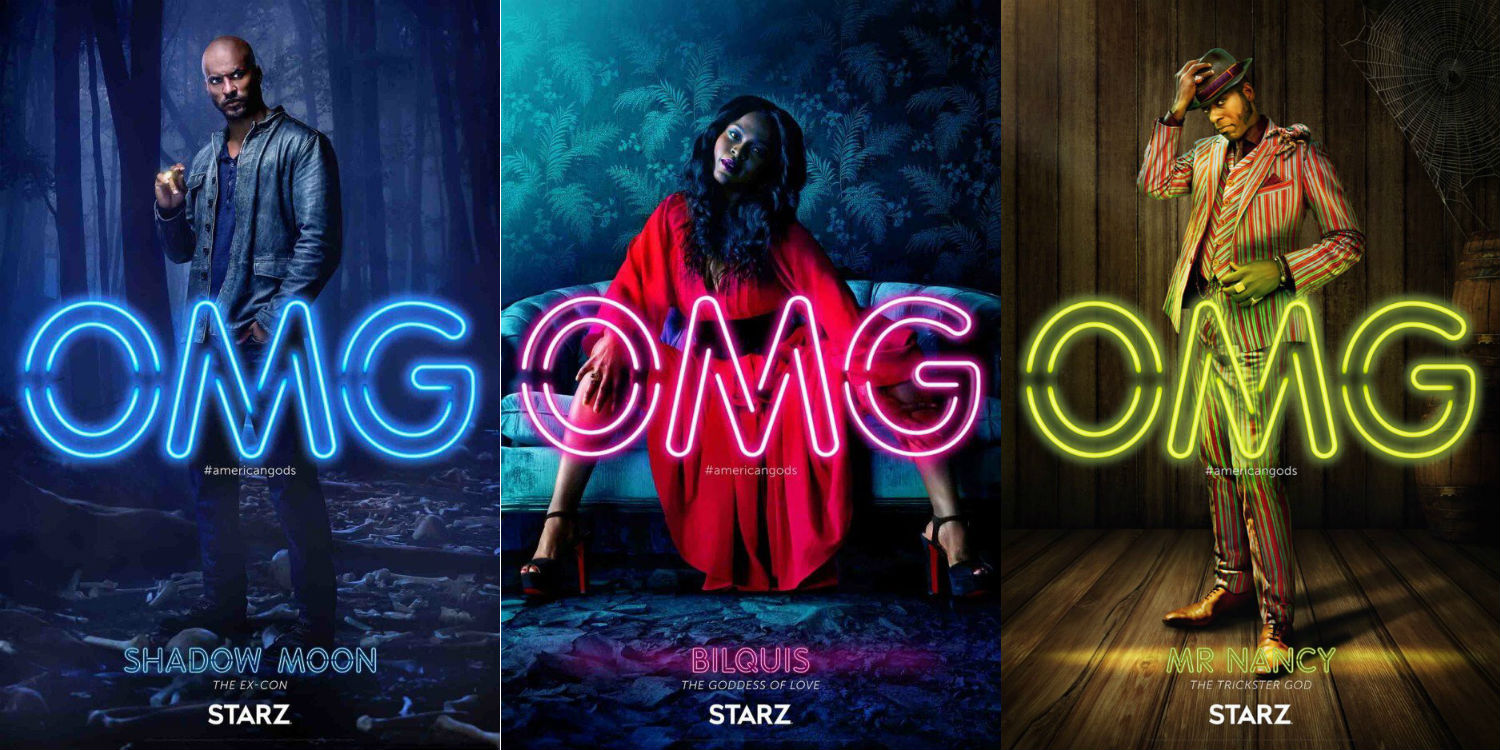 The Starz TV show American Gods, based off the Neil Gaiman novel with the same name, asks the question, “What if people brought their gods with them when they immigrated to America? And what if those gods were fighting for scraps of favor from people who were rapidly forgetting them?”  The answer is, sexy, brutal, but most importantly, very strange.  The gods in question don’t behave in their own stories, so why would the act any different in this tale.

Much like the book, American Gods follows Shadow Moon (Ricky Whittle) as he tries to get a handle on the world Mr. Wednesday (Ian McShane) has dragged him in to, and what part he has to play in this war everyone is talking about.  If the story was just about Shadow and Wednesday it would be a little dry, so thankfully there is a diverse cast of crazy gods to spice things up.

If you were hoping that American Gods would be a straight adaptation of the book, you will be disappointed.  The series has taken several detours along its route, and while I am not a stickler keeping things the same between mediums, different forms of media require different forms of story telling after all.  In this case the changes are mostly not for the better.  Which is a shame since the source material has so much potential.  However, the parts they get right are really good.

Also bolstering American Gods is the great cast and Bryan Fuller’s incredible visual style.  There is always a good performance or insane set piece waiting in every episode.  Well, almost every episode.  There are a couple of filler episodes in the middle that kind of kill the momentum, but the first season starts and ends well.

Season one covers about a third of the book, and Starz has promised it is coming back.  However, the current producers, Green and Fuller, have been dropped and replaced by one of the show’s writers and Gaiman himself.  Which sounds like good news, but who knows how long it will take them to get things moving again.  Especially since Gaiman is currently producing the TV adaptation of Good Omens.  Regardless, American Gods showed a lot of potential in season one, and I hope it delivers on it in seasons two and three.  Whenever they come out.