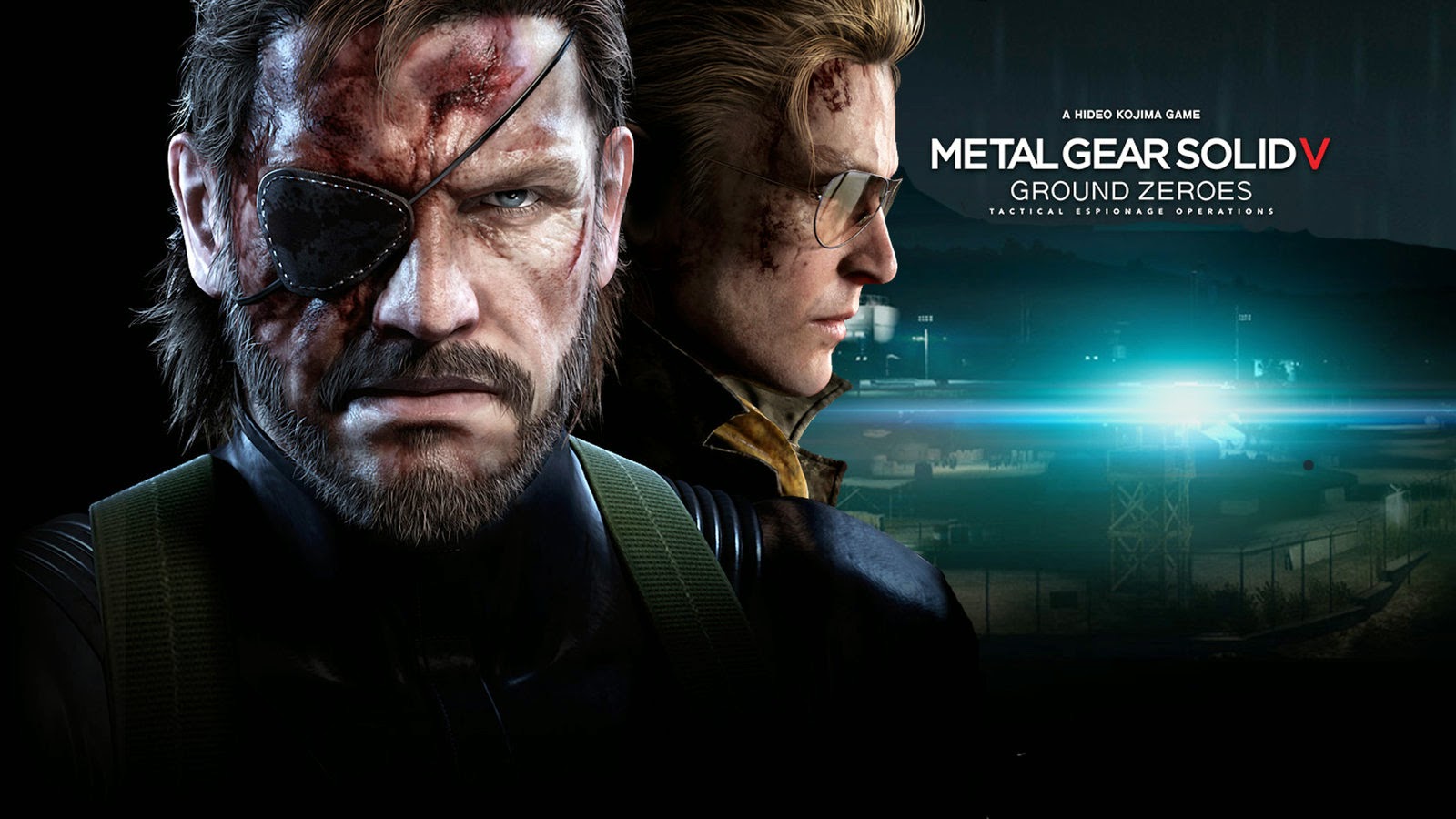 Following the theme of me being really behind the times on video games, I am going to review Metal Gear Solid V.  No, not the Metal Gear Solid 5 that just came out to rave reviews, but the much smaller Metal Gear Solid V: Ground Zeroes that came out well over a year ago.  Why now?  You may ask.  Well, I can’t play Fallout 4 until tomorrow, and none of my friends were playing Halo 5 last night, so it seemed like the perfect opportunity to waste a couple of hours sneaking around.

Taking place some time after Metal Gear Solid 3: Snake Eater and the portable Metal Gear games, specifically Peace Walker, you take the role of Big Boss, not Solid Snake, on a top secret mission.  Okay, you are going by codename Snake, but just a different Snake.  If you are confused, you probably should be.  I am pretty sure that is the state Hideo Kojima wants you in at all times when you play his games.  Long story short, there are two people you need to rescue from Guantanamo Bay Cuba, so you do.

The story, besides being completely crazy, is a lot of fun.  Mostly because it is completely crazy.  I never had a clue what any of the people were talking about, and that might be mostly my fault due to the fact I have not played all of the Big Boss/Naked Snake Metal Gear games, but I am pretty sure that the over the top zaniness makes sure a lot of people never have any idea what is really happening.  We all just head over to Wikipedia and let it distil the important bits for us.

The reason you will play Ground Zeroes though is not for the story.  It is for the great stealth gameplay.  That doesn’t disappoint.  Creeping around in the shadows and choking guys has never been so much fun.  Plus this game is just one sandbox level.  Letting you complete the mission in any way that you see fit.  I tried to get in and out undetected, but while extracting the last person I gave up and threw the target in the back of a jeep and hightailed it out of Gitmo.  I did accomplish my goal of not killing anyone though.  The way you complete Ground Zeroes may be completely different.

The graphics are top notch as well.  Kojima Productions are (sadly were) known for being technical wizards, and this game shows it.  Really what sets this game apart is the wonderful lighting engine, and the texture work.  Good textures will let you get away with some pretty low polygon models, and if you look closely in Ground Zeroes you can see that is what is going on here.  The tires on the cars are practically pentagons, but the textures are so good that you don’t notice unless you are looking for it.

I can see why a lot of people were disappointed when this game came out.  It is short, and it used to cost $40.  Which is a lot for a game that took me a little less than two hours to play.  Still, the number of ways that you can complete the mission make me want to go back for more, and now that Metal Gear Solid V: Ground Zeroes is perpetually on sale, it is well worth the price of admission, or you could, you know, play the real Metal Gear Solid V.  Which I hear is pretty good.