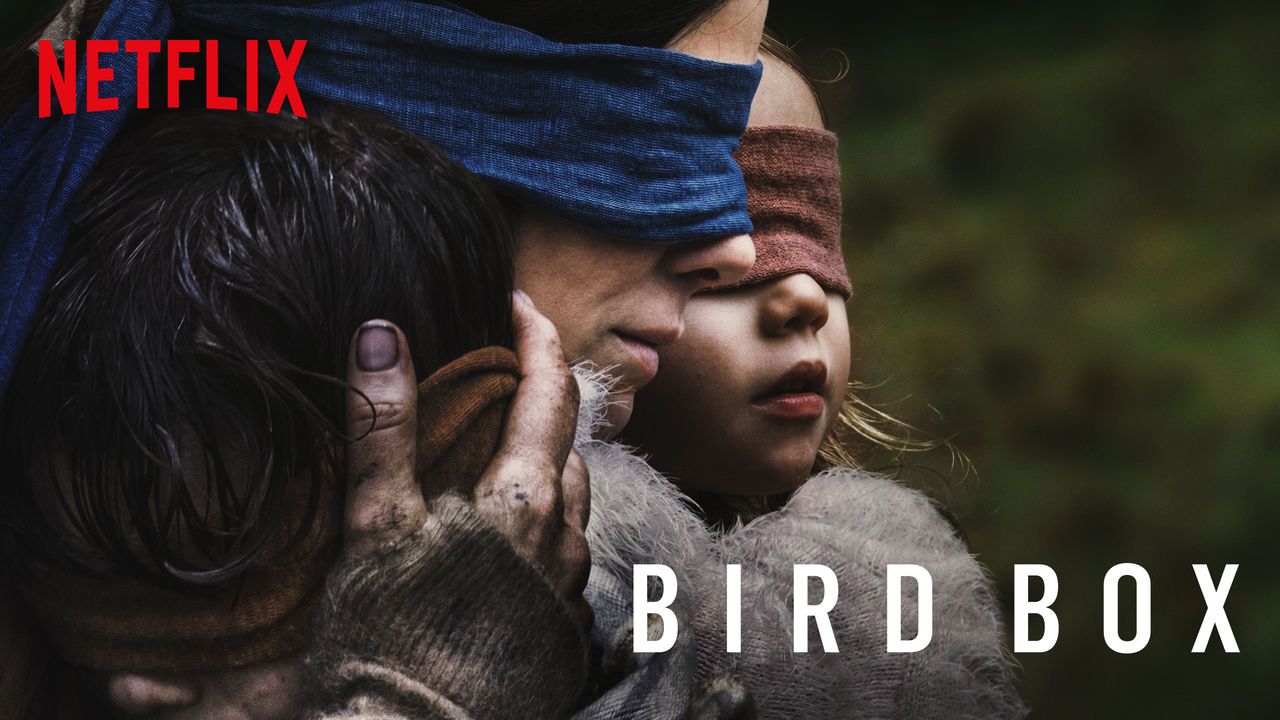 Bird Box has the unfortunate problem that it is the second sense-based monster movie of 2018, so it will be compared to A Quiet Place regardless of the fact it is a different movie with different themes, and that will hurt it because A Quiet Place is a much better movie. Bird Box is not bad, but it also isn’t good. It is held up by a creepy atmosphere, and an excellent performance by Sandra Bullock. It is let down by too many early characters and at least thirty minutes of padding.

Bird Box tells its tale in two timelines. One with a blindfolded Malorie (Sandra Bullock) rowing down a river with two children to hopefully find safety, and one with a pregnant Malorie trying to survive while the world falls apart because everyone is apparently committing suicide.

Both timelines go on a little too long, but the river journey is far more interesting. Sadly, we spend more time with the earlier story of surviving the end of the world. It suffers from a flaw a lot of horror movies have, where they stuff it with too many people we know not to get attached to and sticking around too long once the premise has been established. One thing is common between them though, and that is they are anchored by a Sandra Bullock at the top of her game. Without her this movie would have fallen apart. I don’t know how much they paid her to be in this movie, but she was worth every penny, and I hope she is getting a couple of bonus checks.

Everyone else in this movie is kind of just there. John Malkovich chews as much scenery as he can, but there is only so much he can do with what he is given. Lil Rel Howery is kind of funny, but he doesn’t have enough time to establish himself. Trevante Rhodes only exists so Bullock has someone to have an adult conversation with. I will give props to the two kids, Vivien Lyra Blair and Julian Edwards, they managed to hit their marks and not be distracting.

Bird Box is just an okay movie, and since it is on Netflix, you may find it worth watching. Which I guess is why it is the perfect Netflix film. It is two hours of content that people will not feel bad about watching, and since it is included with their service, I am not going to actively dissuade people from seeing it. I just hope Bullock’s next movie will better utilize her talent.