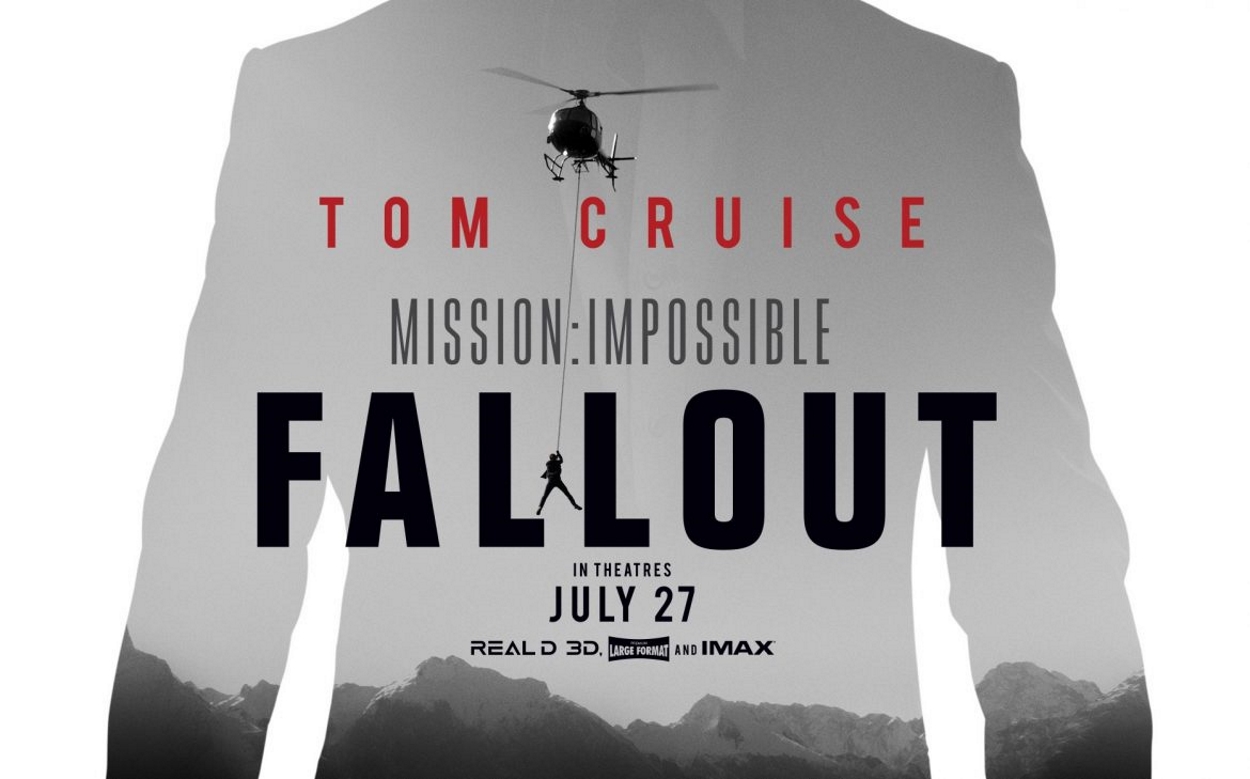 Mission Impossible: Fallout is the sixth movie in the franchise, and despite that fact the series shows no signs of slowing down.  There are some nukes, and Tom Cruise is going to have to run them down, literarily.  While that may sound like the plot of at least half of the Mission Impossible flicks, it still works, and the movie is impossibly fun.

The past Mission Impossible plots for the most part have been separate from the films that preceded them, with the exception of some comments about Ethan Hunt’s (Tom Cruise) relationship status, but Fallout is a direct continuation of the story started in Rogue Nation.  Ethan took out the leader of the Syndicate (Sean Harris), but the Syndicate’s agents are still causing issues, and they want to nuke the world, so the IMF will have to find out who they are and stop them.  If they choose to accept the mission that is.

Listen, people don’t go to the Mission Impossible movies for plot.  They are always convoluted, you can never trust anyone, and there will always be a ticking clock.  However, in between all that they will throw in some of the best action set pieces around.  The stories all deflate with any sort of second look.  Fallout tries to get introspective about why Hunt is doing what he is doing, but we know why.  It is so we can watch him do cool stuff while he saves the day, and all with his signature smile.

What makes this all palatable is his crew.  Simon Pegg and Ving Rhames can be relied upon to narrate the action and deliver quips, and Rebecca Ferguson’s Ilsa Faust continues be a, ‘can you trust her?’, love interest that can keep up with Hunt’s antics.  She is no damsel.  Which I suppose can be said for all three, yes I said three, of the women who have fallen for Ethan in this movie.

Mission Impossible: Fallout doesn’t stray from the formula that has been working since J.J. Abrams took over the series starting with Mission Impossible III, but it doesn’t need to.  Tom Cruise doing crazy stunts while Simon Pegg makes jokes is immensely watchable.  So much so that I am sure Ethan Hunt will accept his seventh mission.