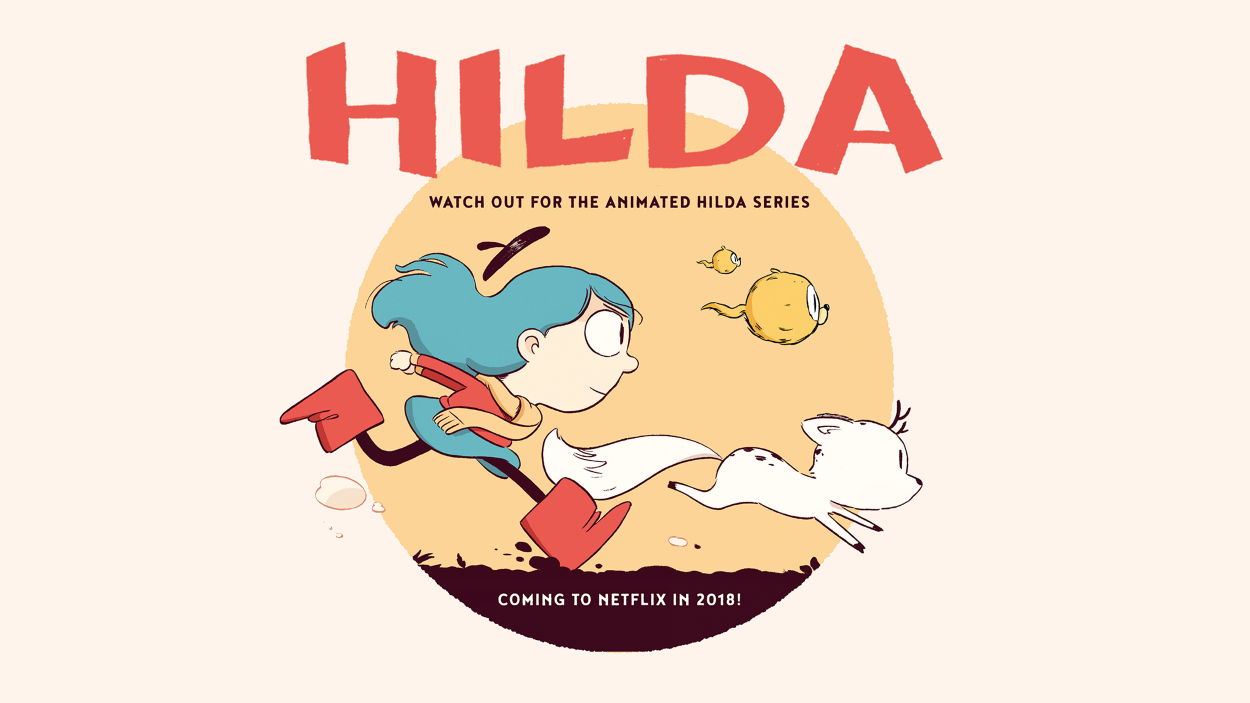 Kids these days have no idea how lucky they are.  They have so much quality TV to watch at any given moment, and for all age groups.  They don’t need to pretend that the original runs of He-Man, Transformers and Voltron were good.  The remakes actually are good, and that is not fair.  I have seen more than my fair share of poorly animated nonsense/advertising.  If Hilda had been around during my childhood it would have been the best show on TV, and not just comparing it to other animated shows, I mean all TV.  Period.  Still, even with today’s grand glut of quality TV Hilda should be watched, and not just by kids seven and up.

The premise for Hilda is that all the Scandinavian myths and folklore are real, and that the modern world (not too modern, no cell phones) just accepts that magic, monsters and fantastic creatures exist.  Hilda has grown up in the woods outside the city of Trolberg, and she loves going on grand adventures all day long, but then after a series of unfortunate incidents she is forced to move to the big city.  While she no longer has free access to the woods, she finds there are still plenty of adventures to go on in the city, and more importantly, new friends to meet.

The show kind of works a little like Scooby-Doo: Hilda and her friends investigate some weird monster or strange occurrence and then figure out what is goin on, except that the monsters are real, and it is way better than Scooby-Doo could ever hope to be.  Sadly, Hilda lacks a cool van.

Everything about Hilda works.  It is incredibly charming, the characters are amazing and they have real motivations, the mythology the show follows is interesting and it is drawn and animated really well.  It looks like if Charles Schulz co-created a Miyazaki film, but in the best possible way.  The only knock against it is that it can be a little dark and scary, particularly in the later episodes.  My four year old had no problems with it, but I would say it earns all of its Y7 rating.  However, that really isn’t a problem, just something to be aware of.

If you have Netflix, you should at least give Hilda a try.  It is well worth your time, and I am super excited that it has already been given a green light for season 2.  With Voltron ending soon, Hilda is more than up to the task of insuring there is quality kids programing on the streaming service.  If you don’t have Netflix, maybe you should get it for a month.  It will be worth your $10.