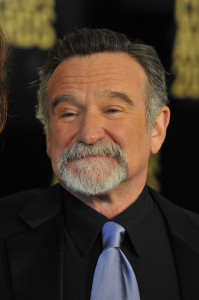 I heard the news that Robin Williams had died while driving home from work.  It caused me to almost drive in to a ditch.  I couldn’t believe it.  This man was responsible for making so many of my favorite movies while growing up, and I will miss him greatly, but instead of focusing on his death, I thought I would celebrate his life by sharing my five favorite Robin Williams films: 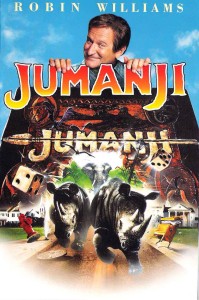 The 1995 film Jumanji will not be remembered as a classic, but this board-game-comes-to-life film is what I hoped would happen every time I played a game with my friends.  In fact I still hope it happens when I get a game out of the closest and crack it open, or roll some dice when I play a table top RPG. 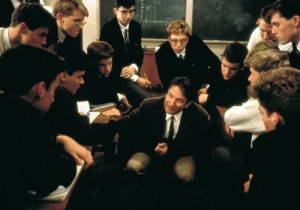 After this movie came out in 1989 everyone wanted to take a literature class in a prep school, and have Robin Williams be their teacher.  This role is so iconic it is no wonder that Apple used Williams reading a poem from it to sell iPads. 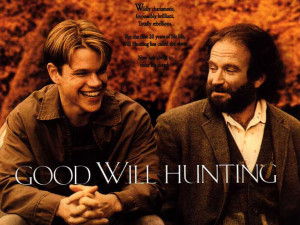 The 1997 movie that got Williams his Oscar.  If you wanted Williams to be your teacher in Dead Poets Society, after this movie you were thinking of finding a good therapist.  He found the perfect balance of humor and charm in this movie, and he made more people than just Will Hunting feel better. 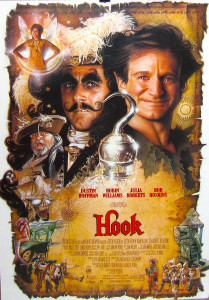 There was only ever going to be one man that could wear tights and make you think that he was the Boy Who Could Fly, and that was Robin Williams.  This 1991 movie has not held up well, but as a kid it made me dream, and as I have written before it gave me my online nickname.  If I loose any more people from this movie this year I am going to fall apart. 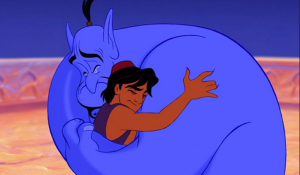 I watched this 1992 movie more times than I can count as a kid, and it is easy to see why.  It has catchy songs, and a great story of a boy wanting to be more, but it was the blue Genie that stole the show and our hearts.  Robin Williams made this movie, and it will be well remembered for years to come.

There are so many more movies that could have made this list, but I am pretty sure those are my top five!  I would love to hear yours!

One Reply to “My Five Favorite Robin Williams Movies!”