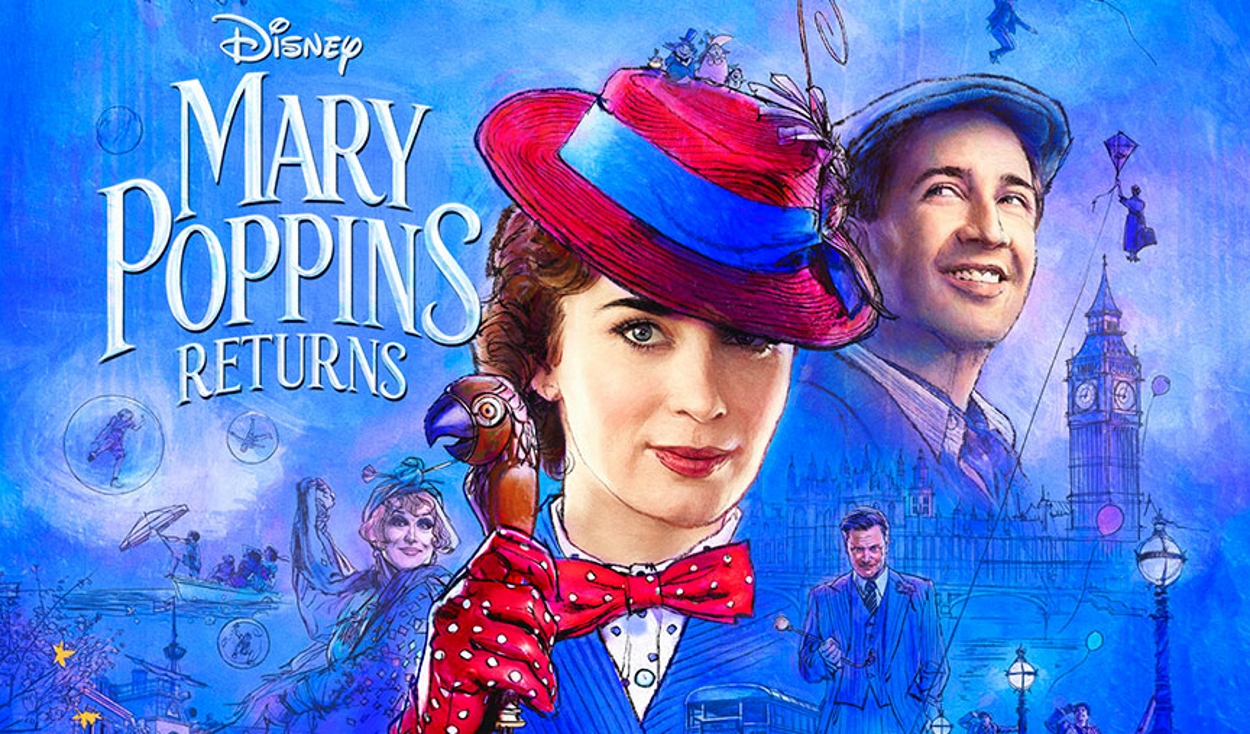 I was skeptical when Disney announced that they were bringing back Mary Poppins, but those fears were squashed when they hired Emily Blunt. Who like the character she was tasked with bringing to life, is practically perfect in every way, and while Blunt and Lin-Manuel Miranda do great work as the main performers, I think the movie lets them down a bit by not letting them have an adventure of their own. Instead taking us on adventures we had last time Mary came in on the east wind.

This time around the Banks children are all grown up, and Michael (Ben Whishaw) has three kids of his own. He is not dealing with the emotional and financial fallout of recently losing his wife well. His sister Jane (Emily Mortimer) is doing her best to help, but things are falling apart. That is until a certain nanny blows in just when things seem to be at their bleakest.

As you can see the biggest change, other than the cast, for Mary Poppins Returns is that it has a slightly darker edge, not much, but it is there, and it carries through the film. I don’t think it is a bad thing since it gives the movie some emotional stakes, and it also gives Michael more of a reason to be distant and cross with his children. You understand why he is having a hard time. Other than, “that is just the way British Bankers are!”. I wish that would have changed up more of the film as well. Because a lot of it feels like retreading old ground.

There is an animated sequence, they visit one of Mary’s odd friends, the lamplighters have a big song and dance number, balloons instead of kites. Apart from one or two sequences it all feels like they just wanted to do their own twist on things we have seen before, and it all looks great and the songs are good. I just wish they could have been a little more original.

I have no bad things to say about the performers. Blunt and Miranda are fantastic. The kids are all quite charming, and Whishaw really plays the father on the brink well. You can see the pain in his eyes and the struggle to keep it all together. Mortimer is fine, but she isn’t given a lot to do other than be cheery and helpful.

I wouldn’t say there is anything technically wrong with Mary Poppins Returns. In fact, there is a lot to like, love even. It was just the writers’ not wanting to break the mold that kept this movie from really being something special. As it is, it is still more than worth watching, and if Mary Poppins Returns again, I will be there.