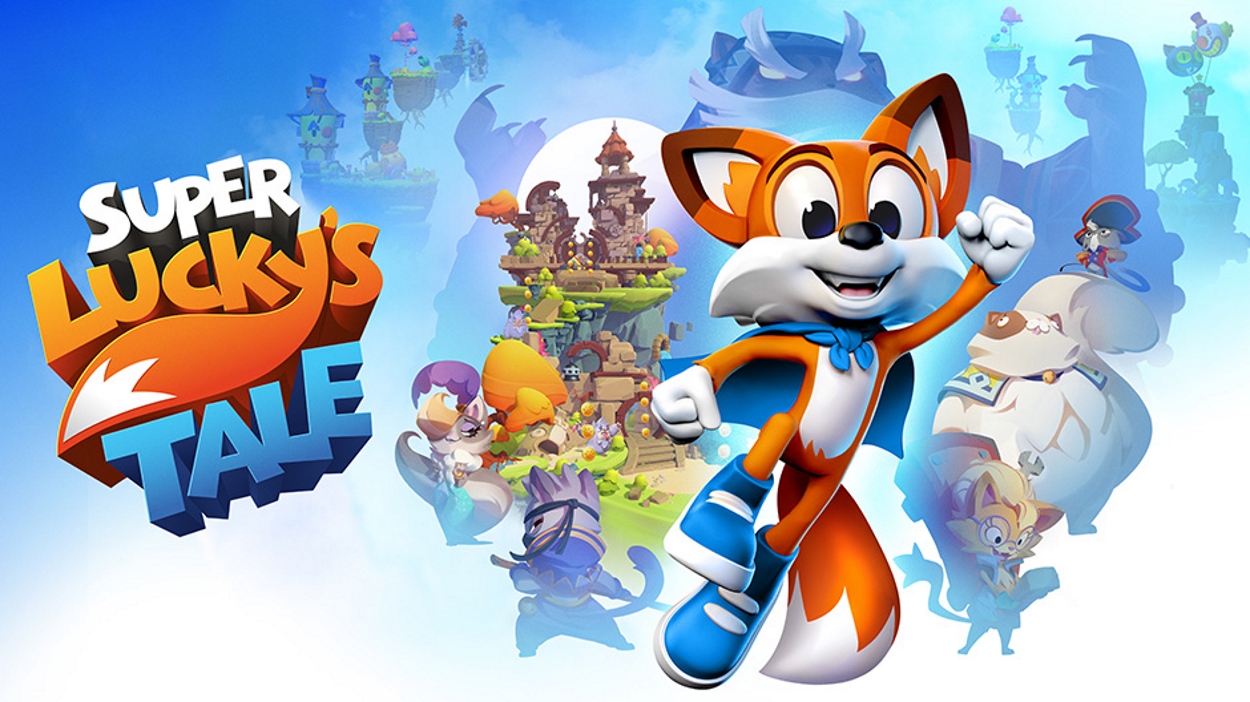 Did you know Microsoft has an exclusive platformer?  And it is not Blinx or Voodoo Vince?  It is Super Lucky’s Tale, and it is a sequel to an Oculus Rift title, so I am sure there was a ton of demand for it.  Well all joking aside, it is a pretty decent game.  It is not a classic, but it scratches that Mario 64 itch.  You explore cute worlds, find coins and collect random things.

You play as the titular fox Lucky who gets trapped in a magical book with a lot of ‘evil’ cats, and you need to kick them out.  To do so you need to collect clovers and be able to play a platformer.  The more collectables you find per level, the more clovers you get.

As far as the game goes, it is a basic 3D platformer.  It is a little slower though, so think more Mario and less Sonic.  However, there are lot of different types of levels: standard exploration, endless runner, super monkey ball tilting levels, and other random puzzles.  Not to mention the boss levels, so there is plenty of variety.

Super Lucky’s Tale is not going to set the world on fire, but it is fun, and if you have younger kids, I am sure they will love it, or even if you are old like me, collecting things is a good time.  While I don’t think this game sold as well as Microsoft wanted, I hope they stick with it because they lack a solid platformer in their portfolio.  Super Lucky’s Tale was a good first try, and I think they should give it another one.