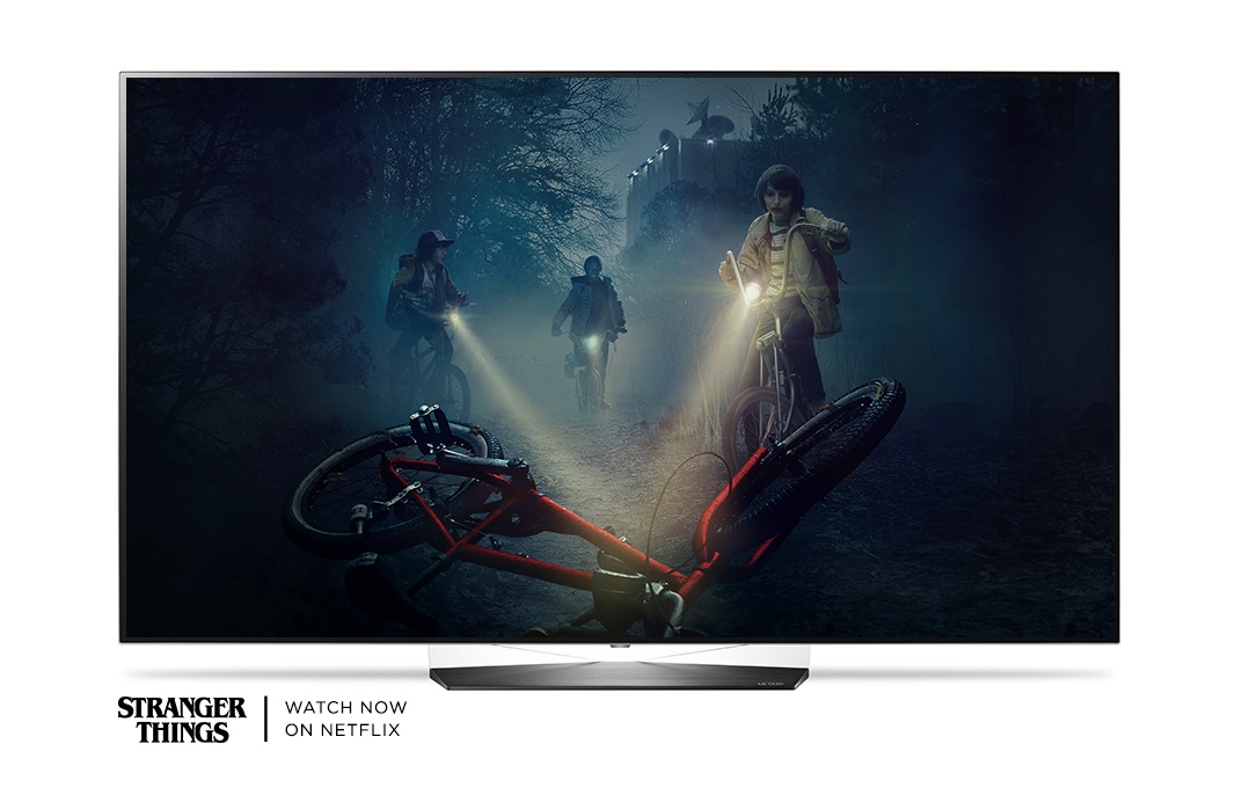 A while back you may remember that I tried to upgrade my tried and true Samsung Plasma (PN59D530) to a 4K Sharp LED (55P8000U).  It did not go well.  I should have known that a $500 TV with local dimming and HDR would be too good to be true.  However, since then I have been waiting for a deal on either a Samsung QLED or an LG OLED TV, and Woot.com came through for me with a great deal on an LG OLED 55B7P.  It has been a much better experience.

First off, it is true what they say, the deep blacks and the high contrast of an OLED TV are amazing.  Being able to turn the pixels off instead of just dimming them makes a big difference.  While this was also true of my Plasma, it could never get near as bright or deliver the razer sharp image the OLED can.  Games running in true 4K and with HDR on this TV look almost real, and Netflix using Dolby Vision for their shows adds so much more depth to the color (even if they make you pay for it).  Since the pixels are producing their own light, that means it all continues to look great from any angle.  Which is a big deal for a room with a lot of off angle seating.

The feature set of the 55B7P is pretty good too.  If you don’t want to hook up a console or a Roku stick to the TV, the built in smart apps are fine, and the interface is easy to use.  It does all the standards: HDR 10, Dolby Vision, Dolby Digital, Dolby Atmos, and any other standard 5.1 sound spec.  It has a true 120 HZ refresh rate, which means it has a motion smoothing spec of 240, but you should never use it because the native refresh rate is more than fast enough to eliminate jitter and pauses from 24 FPS content (AKA American Movies), or show your sports in full speed.  No need to “Soap Opera” everything.

It does have a few drawbacks.  Since it is the ‘P’ version of the ‘B7’ line that means it has enough internal speakers to technically output Dolby Atmos sound without an external sound system, however they sound a little hollow, so you will still want at least a sound bar to go with this TV.  Also, even though it is really thin at the top, at the bottom where you plug in the connections it still juts out quite a bit.  It is not as thick as a lot of full rear lit LED TVs, but still thick enough that it will not sit flush on your wall if you mount it, and if you plan on using all four of its HDMI inputs, two of them face straight back making mounting even more of a pain.

The plusses more than outweigh minuses for the LG OLED 55B7P, and it was the upgrade I was looking for.  Of course it costs twice as much as the Sharp, so I guess you do get what you pay for.  Still, if you are looking for a secondary TV it may be a bit out of most people’s price range, but for the TV your family will spend most of its time looking at the LG OLED 55B7P is well worth the extra cash.  I am very happy with mine.