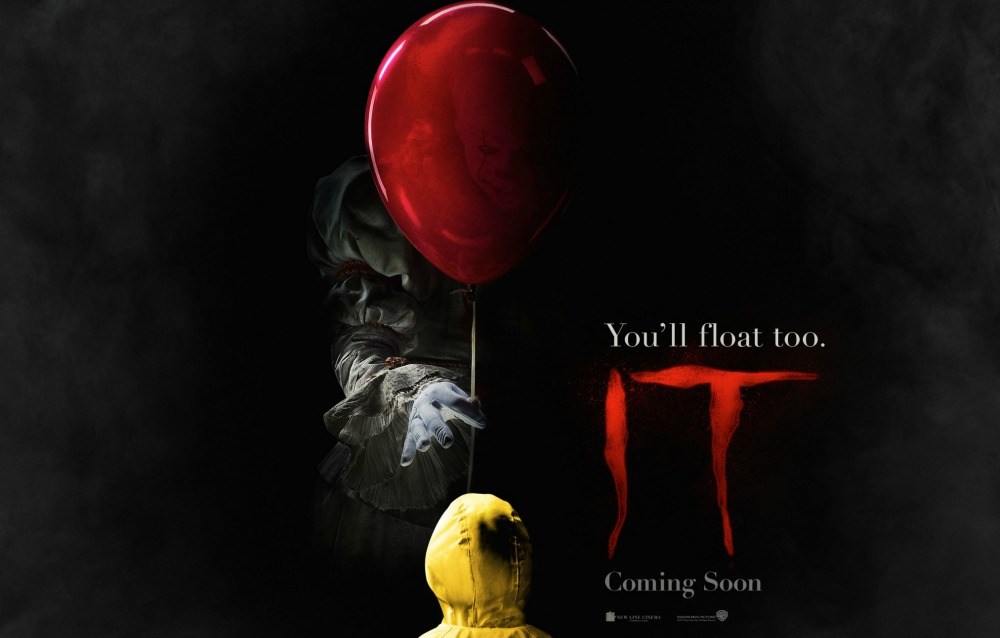 Apparently I was one of the few people that didn’t head out and see ‘It’ over the weekend.  The Stephen King adaptation did approximately $117 Million worth of business at the box office, and insiders say the number could go up to $120 Million since hurricane Irma was downgraded.  That is the second biggest opening weekend ever for an ‘R’ rated movie, and the largest opening weekend in September by over $68.6 Million.  This of course all comes during a very down year for major movie studios.

Studios and theater chains have blamed everything from Rottentomatoes.com to the lack bankable stars.  Though the major target has been sequels and remakes.  Surefire franchises like ‘Transformers: The Last Knight’ and ‘Pirates of the Caribbean: Dead Men Tell No Tales’ have flopped, and while the ‘Fate of the Furious’ made $1.25 Billion worldwide, its domestic total was down quite bit, ‘only’ bringing in $225 Million.  ‘Baywatch’, a major release for Paramount this year, failed hard, as did ‘CHiPs’ from Warner Brothers.  Both remakes of old TV shows, so obviously sequels and remakes are to blame.

Not so fast.  The biggest movies this year have all been sequels and remakes.  ‘Spider-Man: Homecoming‘, ‘Guardians of the Galaxy 2‘, ‘Beauty and the Beast‘, ‘Wonder Woman‘ was a follow up to ‘Batman v Superman‘, and now ‘It’ based on Stephen King’s popular book.  Though the creators admit the idea came from the massively successful TV miniseries, thus a remake.  What do all these movies have in common?  They are all good.  While what makes a movie good or bad is subjective, it helps if a lot of different sources all say the same thing, and all the movies in this list have been universally praised.  While all the other movies listed before have been universally panned.

Of course all this ragging on sequels/remakes makes even less sense when you consider big movies like ‘Valerian and the City of a Thousand Planets‘ are original, but tanked anyway.  Again, the movie was crushed by critics and fans saying it was nothing but a pretty face with little going on behind the eyes.

I think what is going on is that audiences are finally wising up to the fact that they can do a little research on movies before they spend their money.  Sure they can go to places like Rottentomatoes.com, but they can even go on social media and see what other people are saying about the movie.  They don’t just have to spend $12 and pray that the film is good.  For movie studios this is probably a nightmare.  They can’t guarantee success with good marketing anymore.  They will have to make good movies too.  In the end this will be better for us since studios will have to produce a more quality product.

One Reply to “It Proves 2017’s Poor Box-Office Was Due To Bad Movies, Not Sequels And Remakes!”