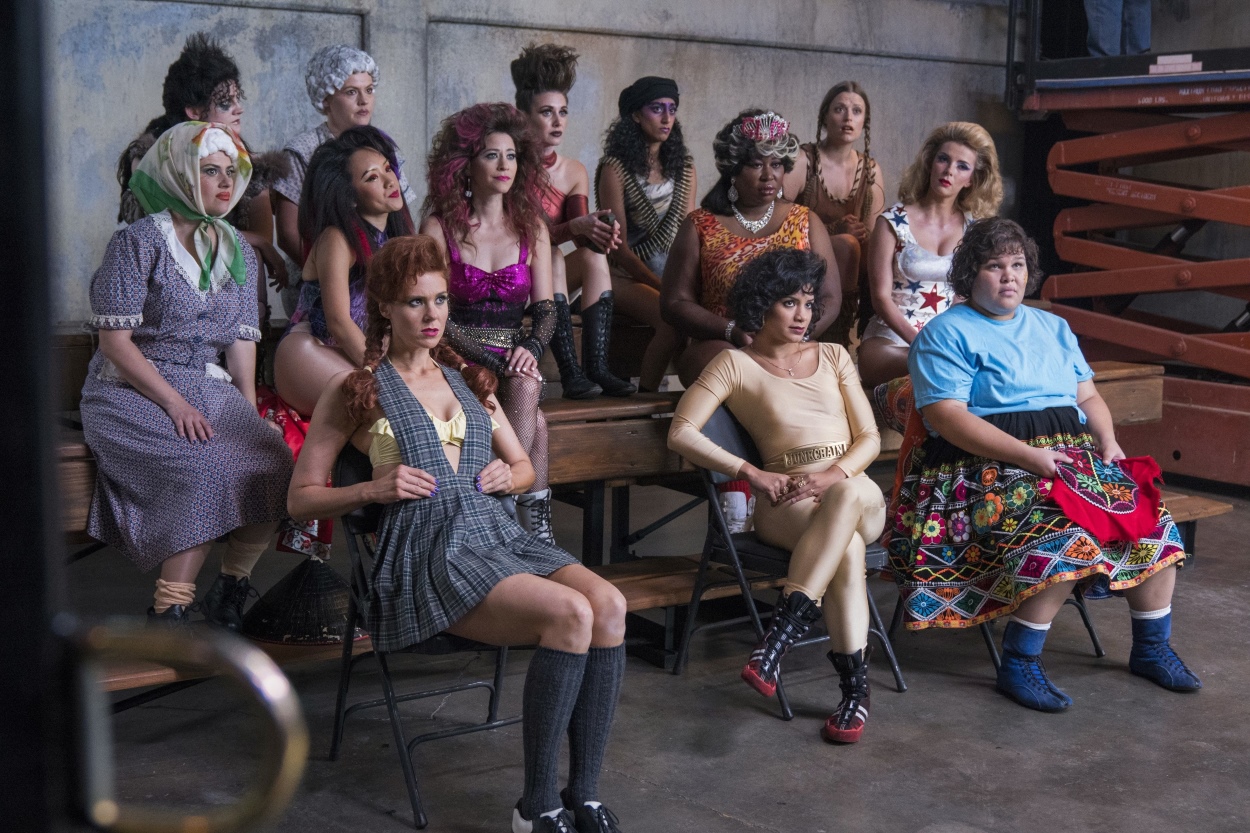 I really enjoyed the first season of GLOW, and I think it gets even better in season two.  It doesn’t take any time to get going, we know all these characters now, so there is no need for introductions or motivations.  It just gets right down and dirty with these ladies as they try and make a women’s wrestling show work.

I think the writers did a good job with this season of GLOW.  There didn’t seem to be any wasted episodes.  I can’t think of one the series would have been better without.  Of course the fact that there are only ten thirty minute episodes is probably the reason for that.  Five hours is not a lot time for a dramedy like this.

While series stars Brie and Gilpin do most of the heavy lifting, Marc Maron as Sam Sylvia and Britt Baron as his newly reunited daughter deliver a fun to watch and touching story as well.  In fact for as large as the cast is, most still got a moment or two in the spotlight, which is good to see.

All this to say, if you enjoyed season one, season two of GLOW doesn’t regress at all.  It is still the fun and emotionally complicated show from last season.  There are just now ten more episodes.  Which I think is exactly what fans of the series were hoping for.