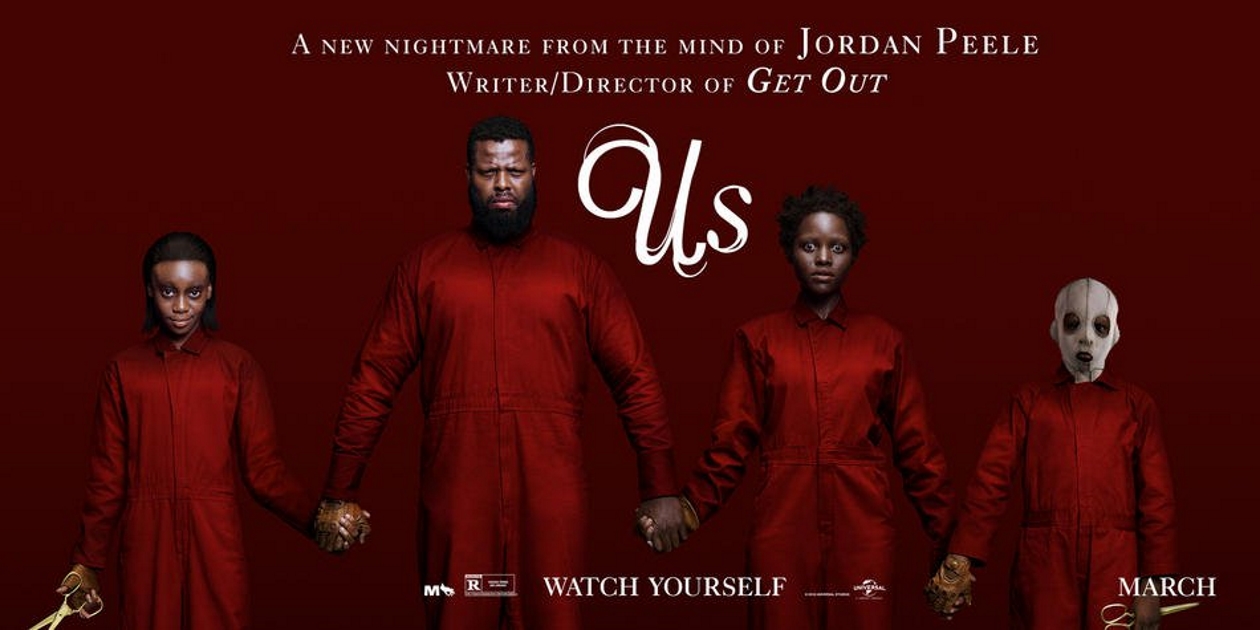 It is hard to believe that Us is only the second movie that Jordan Peele has written and directed. He is already proving himself to be a master, and he has once again used the horror genre to shine a light social issues without being preachy. This time the focus shifts more to classism instead of racism, but not completely. However, if you are in the theater for thrills instead of sociology lessons, never fear, Us has them in spades.

Us is about a family on vacation at their summer home in the vicinity of Santa Cruz, CA, but instead of rest and relaxation, they are attacked by murderous doppelgangers of themselves. They will struggle to survive and keep to their family alive.

The first two thirds of Us are just about perfect. The building sense of dread, and the initial attack, but it falters a bit at the end. It explains the in universe origins of the doppelgangers a little too much. Horror works best as a nightmare with no explanation needed. Because once you start explaining things and adding logic to them it invites the minds of the viewers to start picking at the movie as well. Making the flaws a little more apparent, but honestly that is a nitpick. The film is fantastic otherwise.

The best part of Us is the performances. With each actor having two roles to play, and all of them doing a great job, but Lupita Nyong’o is the real standout. She manages to play off of herself brilliantly. Which I am guessing is not super easy to do. Elisabeth Moss gives a very fun performance as well. She was clearly having a lot of fun making this movie.

Us delivers chills and thrills a plenty, and quite a few good laughs. With just a small helping of social commentary. Like they say, “A spoonful of colored corn syrup helps sociology go down.” I can’t wait to see what Jordan Peele has next. If his first two movies are anything to go by it will be chilling and thought provoking.