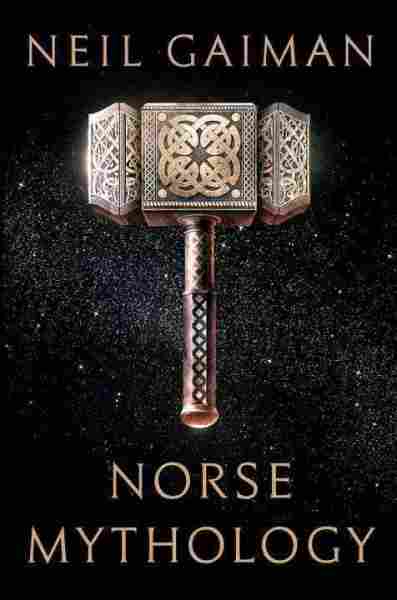 With Neil Gaiman coming to town in less than a month I had to read his latest book.  Though to be fair I would have read his book anyway, but his upcoming talk in Seattle was a kick in the pants to finish the book sooner rather than latter.  It would have been a shame for him to be discussing a volume on my Amazon wish list (very high on my wish list mind you) and not one I had just read.

Neil Gaiman’s latest work is a collection of Gaimanized Norse Myths creatively titled Norse Mythology.  I know that some people were a little disappointed that these stories weren’t about the characters from American Gods (though it is kind of about them), but instead tales about the occupants of the Nine Worlds.  They shouldn’t be though, they should be disappointed there aren’t more stories in the book.  My only complaint is that I wanted more.

Norse Mythology will take you from the birth of the Nine Worlds and the gods all the way through to Ragnarök one story at a time.  These stories are told very much like someone would vocally tell a story around a camp fire.  There is not of chit-chat or characterization, but a lot of Thor, Loki and Co. going out and doing stuff.  It just turns out that the story teller is very recognizably Neil Gaiman.

In the introduction Gaiman wishes that more of the Norse gods stories would have been preserved, so that we could have known more about the other god’s and their stories, and after reading this book I have to agree.  There is such a good cast of characters I would have loved to hear more about them.  Still, I am very happy with the book that Gaiman has produced, and now that he has given me the basics, there is nothing stopping me from telling my own Norse tales.