After years of hearing that Hamilton was the greatest Broadway show of all time, Mrs. Shmee finally got to see the touring production in Seattle at the Paramount Theater, and of course she took me with her.  Living up to ‘the greatest show of all time’ would take some work, and Hamilton fell at little short of that, but it was very good,  and well worth checking out.  If you can.

Obviously Hamilton follows the life and times of founding father Alexander Hamilton, and while its historical accuracy is not always the greatest, it is much closer to the truth than fellow historical musical The Greatest Showman.  It is a fun way to learn about a founding father that doesn’t get a lot of love.  Well until now that is, because he has an entire Broadway Musical about him.

Hamilton is not a show you go to for the crazy sets or special effects.  The floor can rotate in two different directions and the stairs can move around and that is about it.  What they have built is nice, but don’t expect any giant floating objects or crazy canon fights.  What you go to Hamilton for is the music, and that lives up to the hype.  It is great.  The first act is a bit better than the second, but the first act is so good that everything else kind of pales by comparison.

At this point it is almost impossible for Hamilton to live up to everyone’s expectations, but the music is amazing, and King George III steals the show whenever there is a lull.  Honestly, I would love a musical just about a whiney and petty King George III.  Anyway, if you can get tickets to Hamilton you should go.  If you can’t, take heart because a movie adaptation in on the way.

So this Friday at 7:30PM, The Paladin will be leading Plumpy Thimble, Shaun, and myself though a riveting game of D&D!  Better yet, you can watch us on my Mixer Channel!  I know, who doesn’t want to watch grown men roll dice while talking about fantastical stuff, I mean I sure do, but sadly I have to play, so it is up to you folks to tune this Friday the 22nd at 7:30PM Pacific time to my Mixer Channel for me!  It will probably be a disaster since we have never done this before, but that will be all the more entertaining for all of you!  If you start tuning in earlier, you may see us setting up, how fun will that be?! (I don’t know the answer to that question) Anyway see you Friday! 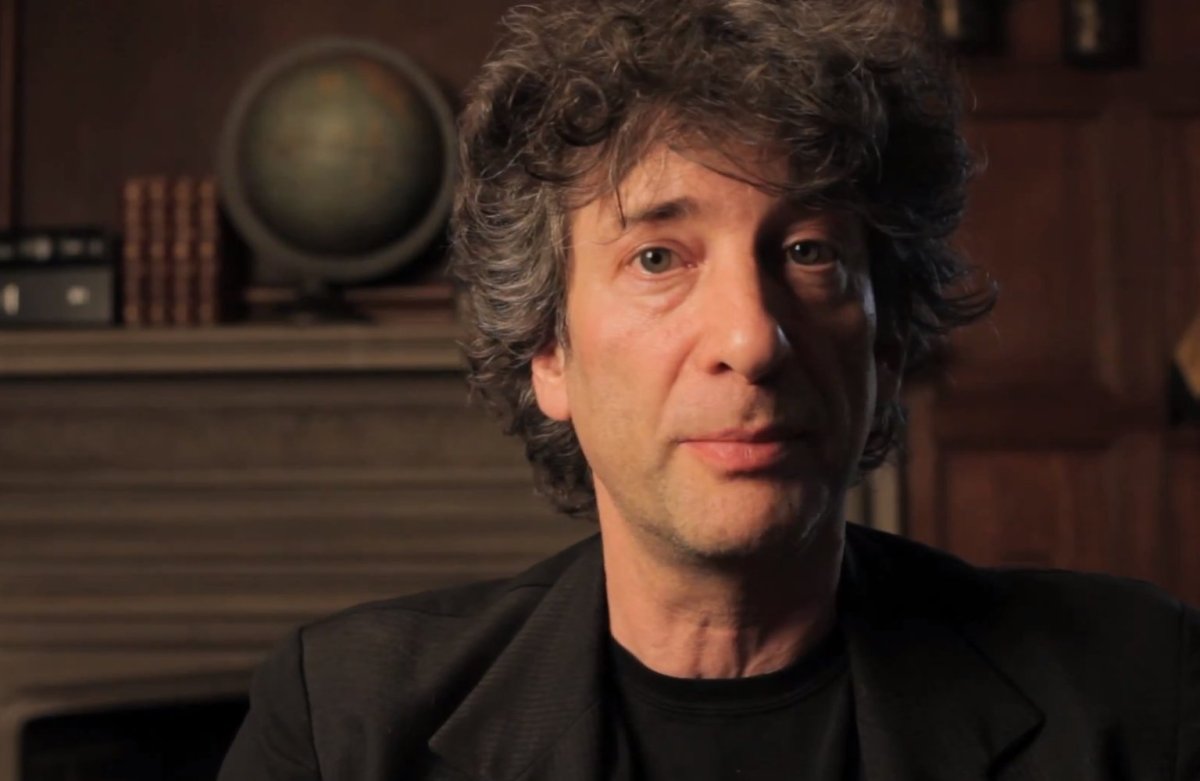 When I bought a ticket for “An Evening with Neil Gaiman” in Seattle, I was unsure as to what I was buying.  Was he just going to read his stuff? Was he going to answer questions?  Was he going to talk about his current projects?  It turns out the answer was yes to the first two questions and briefly mention the third.

It was different experience because it was just him, alone, on stage in a large hall standing in front of a lectern.  While he was introduced by a local radio host and an accordion player, this was all about Neil Gaiman talking to his fans.  It was wonderful.  He has a warm English accent, and he brought his work to life as he spoke.  He read a story from his current book, Norse Mythology, and then several of his different short works.  My only complaints about the evening were that some of the questions asked of him were on the generic side, and that I wished he would have gone longer.  Apparently I was not the only person who thought that way because we clapped until he came out for an encore.

I am not sure how many authors sell out symphony halls and then get cheered on for just one last story, but believe me when I tell you that it all felt perfectly natural, and I had thought that it would have worked I would have cheered him on for a second encore.  It made me wish that we treated more of our authors like rock stars.  They fill this world with their creativity, but then we generally ignore them, or tell them they should get back to work because they are not writing fast enough.

If Neil Gaiman should come traipsing around your town, you should go see him.  I believe his next stop is Dallas.  It was a fun night, and not one that I am going to forget.  Now if only he would stop touring around the world and get back to writing.  There are novels I need to read that haven’t been written yet. 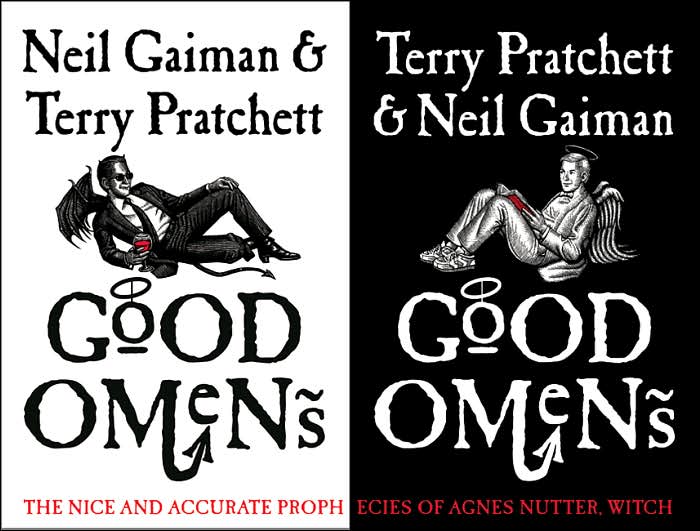 Well I was right to tip you off to the BBC Radio 4 broadcast of Good Omens.  It was great.  I don’t listen to many radio shows … actually this is the first one I have listened to in probably decades, but this made me want to listen to more.  They are so much more fun than a book on tape.  With their cast of characters and sound effects it really draws you in.

The story follows the book fairly closely, I am not sure that I noticed any differences.  I would have to read the book again to be sure.  It still follows Aziraphale (Mark Heap) and Crowley (Peter Serafinowicz) as they try and stop the end of the world.  “Try” being the operative word.

The cast was wonderful, and now if they ever do a movie or a miniseries they are going to have use the same people otherwise it is going to sound all wrong and bug the crap out of me.  Heap and Serafinowicz in particular really anchor this production well.

The BBC’s sound effects crew need to be commended as well because everything sounded spot on.  I my not have been able to see things happening, but my imagination never had to stretch much to figure out what was going on.  It was just good work all around.

I had so much fun with this production, I will be looking for more BBC radio plays in the future.  Though they have set the bar so high with this one maybe I shouldn’t.  In any case you should give Good Omens a listen.  It is only three and a half hours long, and broken up in to six episodes, so you shouldn’t have a problem finding the time.  It is still free for a couple of weeks, and that is a hard price to beat.

Last night my wife’s dentist office took us out to the Upfront Theater for a night of comedy, and it was pretty great!  The Upfront specializes in improve comedy, which means they make it up on the spot, but they do standup there as well.

The night was split up in to three sections: short form improve with new kids on the block, long form with standard Upfront players, and a second long form group featuring Ryan Stiles himself.  They were all great, but the second and third groups really brought the house down.

If you are looking for something to do on a Thursday through Saturday it is a cheap fun option.