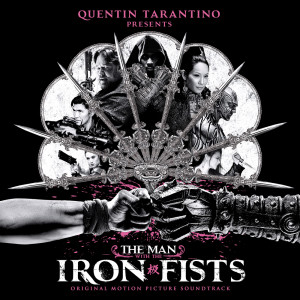 The Man with the Iron Fists is a Kung-Fu action movie written, directed, and stared in by Wu-Tang Clan rapper RZA.  He has created sound tracks for several movies, mostly by Quentin Tarantino, but can he translate that experience into successfully creating a full film? It is a valiant fist try, but it comes up a little short.

The movie’s plot is fairly simple.  The Governor of the province is shipping gold through a town named Jungle Village.  This town happens to be caught between a never ending conflict with its warring clans, so the Governor pays one of the clans to protect the gold, but things go quickly wrong, and soon it is every man for himself in Jungle Village.

This movie starts off great with a Kung-Fu fight choreographed with a killer Hip Hop beat, and if the whole movie would have been like this it would have been an instant action cult classic, but sadly it looses its way.  When people are not fighting in this movie it is stilted and boring.

Most of the actors handle the action of this movie well, but once that talking starts they are awful.  With the notable exceptions of Lucy Liu and Russell Crowe.  They seem to having a great time in this movie being.  It is like they are on vacation in a bad movie or something and it is wonderful to watch them.  They took on their roles with vigor and kind of just went for it.

The Man with the Iron Fists could have been a great movie, but as it is it is just an amusing movie with Russell Crowe and Lucy Liu having a good time.  It is a shame it couldn’t live up to the first few minutes of the movie.