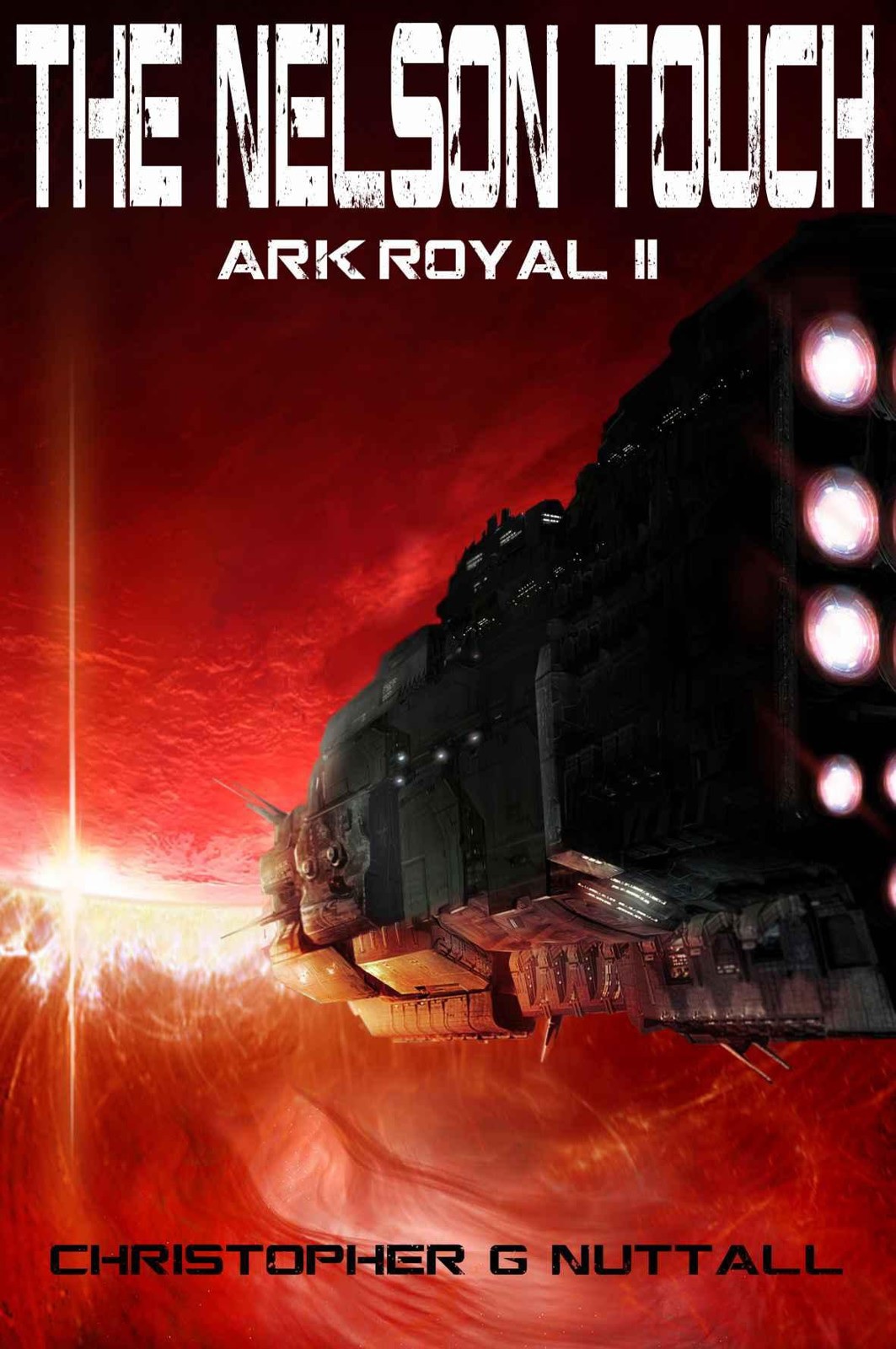 Shmee reviewed the book Ark Royal by Christopher Nuttall back in February and he liked it. Because of that review I read it as well and also liked it. Recently I came across the sequel, The Nelson Touch (Ark Royal II) in Amazon’s Lending Library, so I was excited to read what happens next. So does The Nelson Touch have the touch?

Well, yes. It’s as well written as the first book, with good plotting, characters, and military tactics. If I had to criticize I would have to say that the ship itself lacks the character that made it interesting in the first book. It was the old warhorse that no one could bring themselves to put down; cobbled together with Chinese computers, running French software, to run British systems. It always felt ready to fall apart, but it was more intimate and interesting in that first book. In this book the ship doesn’t get much love and just becomes another ship. I also felt some of the space battles felt a little repetitive of the first book, being similar situations. However based on the world Nuttall’s built its hard for these situations to not develop as they have.

The book definitely feels like a middle book as well, with Nuttall holding the cards close to the vest in regards to the aliens – keeping the characters and the reader in the dark as to what their purpose is. I keeps me wanting to read more, but I’m going to need something more substantial in the next book or I might write an unfavorable review. There is a lot to like in the book though, for instance the Royal Marines are especially fun.

If you have Prime, I suggest picking this up from the Lending Library, but its also worth the $3.99.