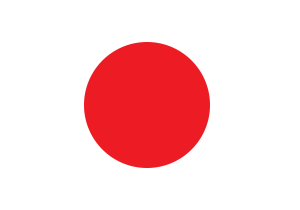 This is a follow-up to Shmee’s Watch the Skies post. Reposted here from my blog Ex Nihilo. Hopefully it gives you a little more insight into the game. -The Paladin

Running a country takes having the right mindset, having the right team, and a lot of luck. It’s never easy or simple – are the Russians for us or against us? Did an element of the United States kill their own President? Why does the U.K. want our blood? Aliens is the best answer to all those questions and you’d think being one would help make those answers more clear, but I see I’m getting ahead of myself.

Saturday, three friends and I played the MegaGame “Watch the Skies” with about 40 other people – each serving in different roles in different countries, or as news reporters, or even as aliens. The setup of the game is that aliens are real and each nation needs to deal with that fact. Will they fight the aliens? Join them? Underhandedly collect DNA from cards you handed out to figure out who is an alien and who is not? The possibilities are endless as each team can define its own agenda – even if it breaks the “game”; in fact you are encouraged to break the “game”.

We were Team Japan; Shmee our Head Scientist, Black Raven our Military Commander, and Swashbuckling Samurai our Foreign Secretary, and I was Prime Minister leading the “Calm is Strength” Government. Each of us had our own game to play within the game itself. As PM I held the purse strings, deciding where to place our precious resources each turn therefore setting our nation’s agenda. As Head Scientist Shmee was tasked with collecting research and completing our nation’s primary goal PROJECT GUNDAM (more on that later). Black Raven had the difficult task of placing our Advanced Interceptors and Advanced Tactical Squads on response to flying saucers and abduction squads; he also tasked our Secret Agent who turned the U.K. spy the very first turn, disarmed a nuke in Angola, and double-crossed the British when he assassinated the U.K. PM after he paid us to kidnap the Russian Military Commander. Last but not least was our Foreign Minister Swashbuckling Samurai, who sat through grueling United Nation’s meetings serving as Japan’s public face on the world stage.

The game started slow, our plan was to remain neutral yet helpful in the world, but to acquire alien technology to complete PROJECT GUNDAM. Our agent found 100 special candidates within our borders that we started training in special high schools. We were starved for technology though; while Black Raven shot down an alien craft his operatives failed to recover any tech. The first two rounds were disappointing in this regard, so we went to the Gray Market to buy alien tech. That allowed us to jump start our research. Meanwhile Swashbuckling Samurai learned of a plague in Uganda which he pledged our willingness to take in refugees – who we shifted through for more special pilots.

In proceeding turns the other nations’ actions became difficult to decipher. The U.K. wanted to test people’s blood to see if they were aliens. Russia wasn’t fighting the aliens. The U.S. declared to the world that aliens were real. It was difficult to know who to trust and with what information. You learned to not only appreciate the worth of information, but also the cost – does revealing this information reveal my intentions or imply something I didn’t consider or intend. Decisions were made by implication; for example: failing to shoot down a saucer one turn implied to the rest of the world that we were far more complicit with the aliens than we actually were.

Eventually Shmee succeeded in creating détente and collected the much needed power source for PROJECT GUNDAM from the Brazilians. Sadly here is where we made our misstep though – we announced the completion of PROJECT GUNDAM to the world and then we failed to anticipate foreign agents being used to sabotage them. Had we used our agent to protect our mechs the final battle would have turned out very differently. Despite this Japan was left on excellent footing, the Gundams could be repaired, we were masters of Science, and Swashbuckling Samurai had usurped the UK’s position on the Security Council in the UN gaining Veto power. Sadly Swashbuckling Samurai was vaporized when the escaping saucer was destroyed with him in it.

Some advice I would give future Watch the Skies players is to have a goal to work towards; whether that is giant fighting robots, secretly assassinating every Head of State, or building an undersea lair have that plan in mind and go to the game controllers with it. The unscripted, improve nature of the game means no-one is there to hold your hand, so you need to take charge and at least have a starting point. Secondly, use Whats-App or another messaging app to stay in the know. I don’t know how many times we collectively knew things before the other teams (like when the US President was assassinated, Swashbuckling Samurai actually gave his condolences before the US Foreign Minister had heard the news). Finally, look the part. Team Japan all wore suits and red ties to create a united front. It made it easy for us to be identified and it gave us an air of credibility. The paper lantern and home-made mochi also helped sell the fiction. You’re not going to get the chance to be the Prime Minister of Japan any other time in your life, why not live it up while you can?

So final highlights that probably make no sense out of context:

If you get the chance to do a MegaGame, any MegaGame really, get your friends together, make a plan, and sign-up I think you’ll enjoy it.