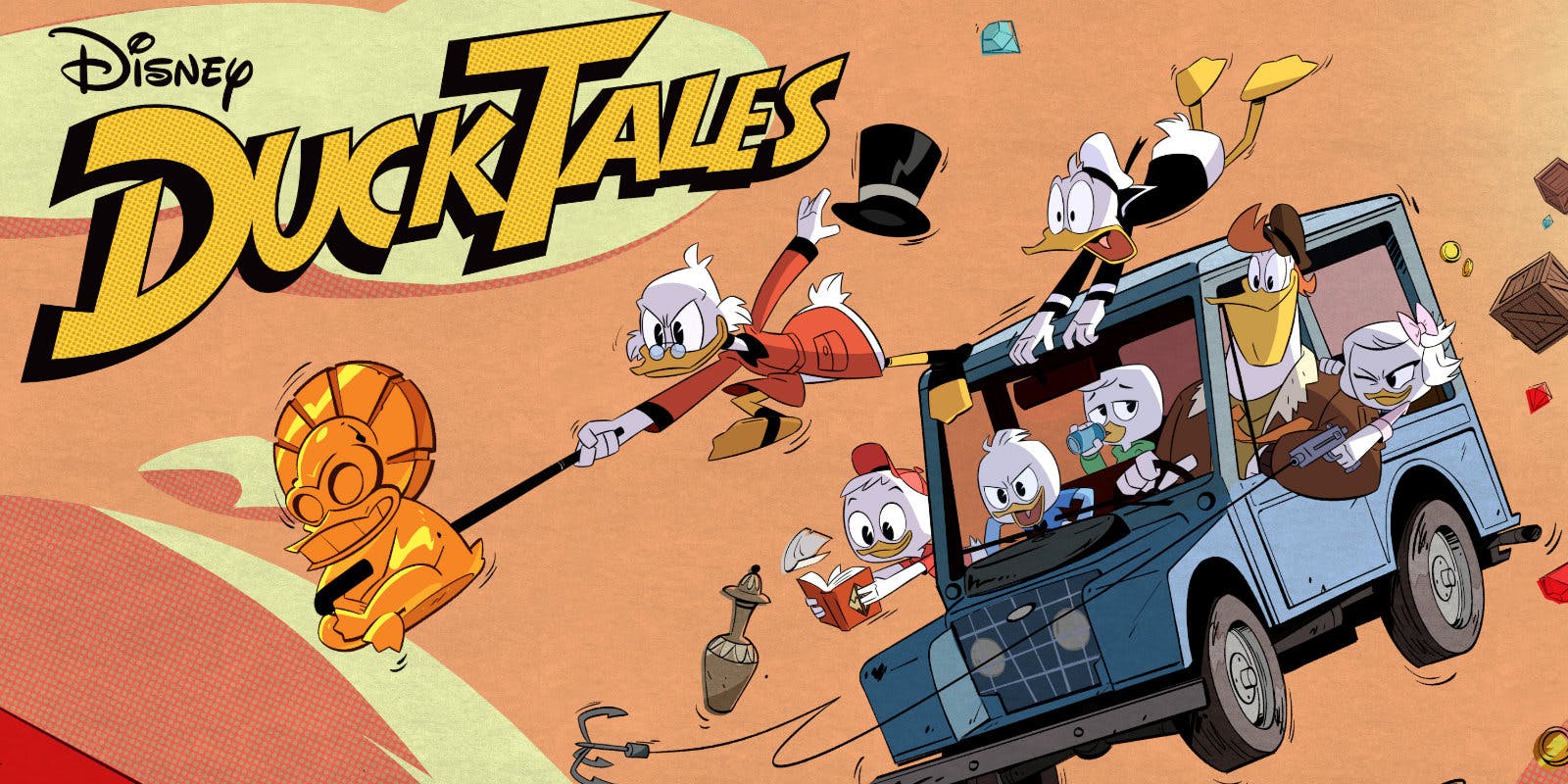 I have watched more than a few episodes of the new DuckTales with my daughter, and all I can say is that they nailed it.  It is more of a comedy than when I was a kid, but I can live with that.  The core of the show is still Scrooge McDuck and his nephews going on outlandish adventures and halving a lot of fun doing it.  It has been good to see Disney return to adventure cartoons, and hand drawn ones at that.

I was happy they updated Mrs. Beakley and Webby quite a bit.  In the original they didn’t get a lot to do except annoy the boys, but now Webby is capable, but just a little socially awkward, and Mrs. Beakley is some sort of spy.  Why she is working for Scrooge we don’t know yet.

The new voice actors take a little getting used to, but once you do they are all great and very expressive.  I was a little worried that when they went out and hired a bunch of recognizable names that a few of the actors would just phone it in, but so far that hasn’t been the case.

If you have Disney XD, DuckTales is well worth your time.  If you don’t, you should put it on your list of things to watch when you can.  DuckTales was a major part of my childhood, and I am glad to see Disney took the time to reboot it with care.  I am hoping the new Big Hero 6 cartoon is just as good.  If so, Disney XD might have become my new favorite channel.