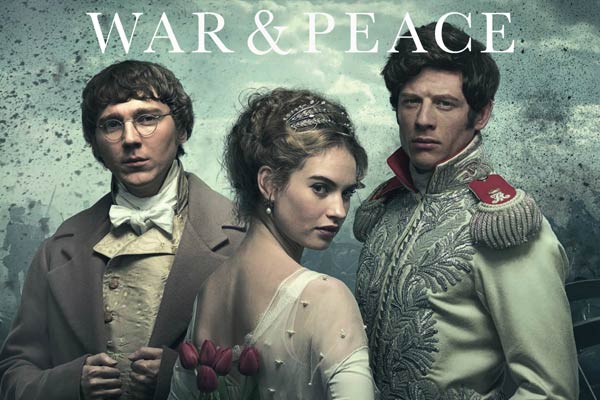 The BBC’s new miniseries War & Peace is Leo Tolstoy through Jane Austen’s lens.  It spends all of its time on the glamorous balls and parties, but almost no time at war.  Which is a shame since the brotherhood of soldiers is such a major theme of the book.  However, what they have created, Russia by way of Britain, is very entertaining.  If you are a fan of period drama, you will enjoy your time with War & Peace.

The acting, the sets, and the costumes are all wonderful.  The BBC knows how to create a period pieces better than just about anyone else.  It is just a shame they couldn’t have found a couple of Russians to be in it, or at the very least a few Frenchmen since all the Russian aristocracy spoke French at that time.  What I am saying is you can tell this is the BBC’s version of War & Peace, and not a straight up retelling of the book, but if you are looking for a good period drama this will probably fit the bill quite nicely.