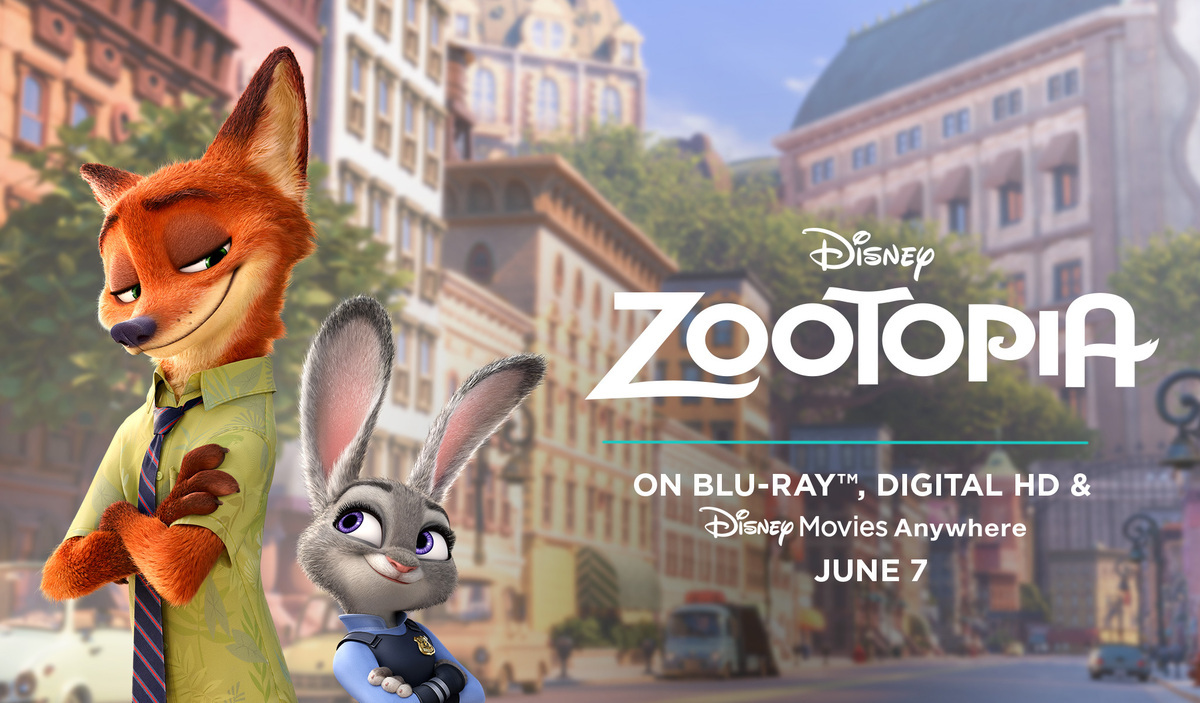 Disney Animation Studios is on quite the roll.  They haven’t released a bad movie in quite some time, and Zootopia continues this streak.  Somehow the folks over at Disney managed to make a poignant movie about racism, but still have it be cute and charming.  Zootopia is a great movie, and one that can be seen by the whole family.

The film follows a bunny named Judy Hopps (Ginnifer Goodwin) who becomes Zootopia’s first rabbit cop, but she soon finds out that the world isn’t the wonderful place she hoped it would be, and tensions are running high in the city between Prey and Predators.  Her first big case could make things even worse.  Hopefully her new friend a sly fox named Nick Wilde (Jason Bateman) can help her navigate the big city.

A bad movie would have fumbled this story and made it too preachy, or even worse, insulting, but Zootopia’s writers managed to get just the right tone while still getting their point across.  I like how they made sure that the main characters were not immune to the problems the city had, but instead they had to overcome them.  Too many kids movies make the main characters perfect, so nothing is learned.

Disney Animation and Pixar continue to be the gold standard on finding great voice talent for their films.  While other studios chase big stars, so they can advertise their star power, Disney just gets the right people for the job.  Bateman and Goodwin are very good, but the rest of the cast is wonderful too.  Though I am a sucker for anything with John DiMaggio in it.

The animation in Zootopia is amazing.  Disney Animation Studios really brought this animal city to life.  I loved all the different districts, and how all these different animals interacted with one another.  It made Zootopia feel like a real place.  It was just great work all around.

Zootopia is a good family film that was made by a studio that has really hit its stride.  The only reason that I could find for not recommending this film is that it has a couple of quick scary parts, but my two year old made it through with flying colors.  Zootopia is so good you should watch it even if you don’t have a family.