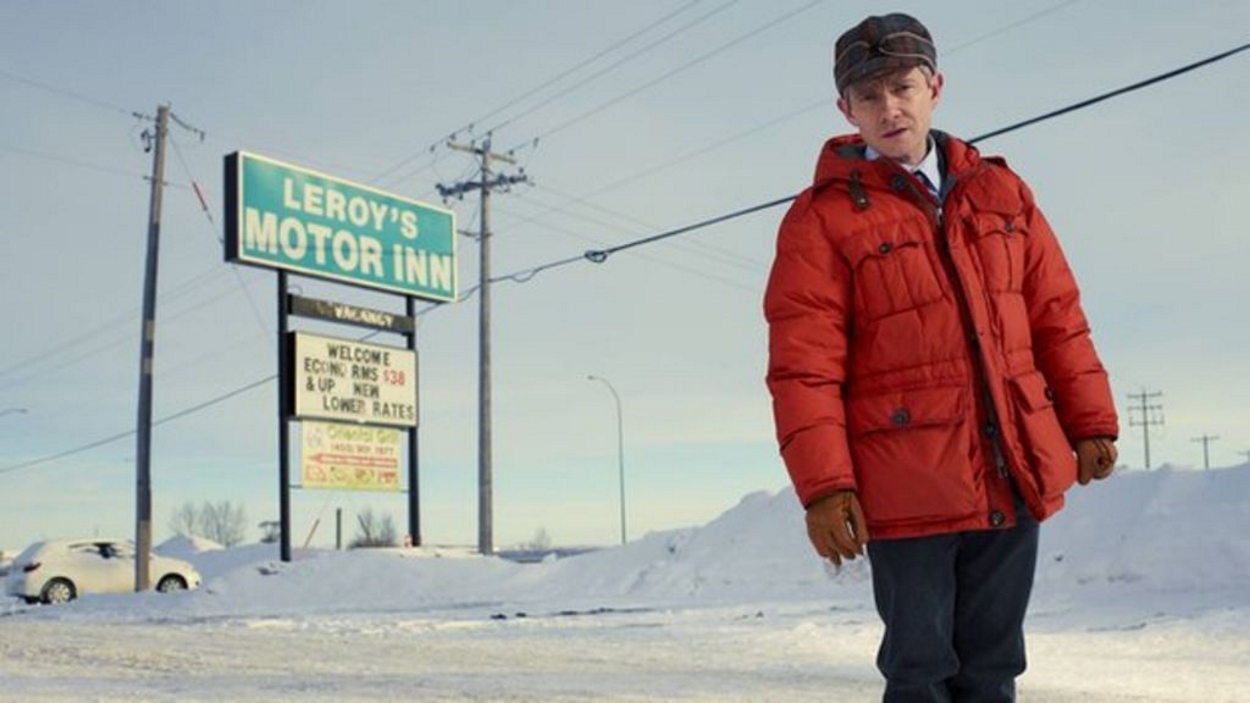 My wife made an amazing discovery, all of FX’s Fargo is now streaming on Hulu, so we quickly watched season one, and all the hype is real.  It is a thrilling and darkly funny ride.  I was worried how the creators were going to translate the Coen Brother’s crazy style to the small screen, but Noah Hawley and crew managed it daftly.

The story for the first season follows the hapless Lester Nygaard (Martin Freeman) as he gets mixed up in murder and mayhem.  All the while the Bemidji police are on his tale.  Well one police officer, Molly Solverson (Allison Tolman), is on his tale, the rest of the police would probably rather be fishing.

It is such a strange tale that you can’t believe your eyes for most of it, but it still manages to hang together and keep you on the edge of your seat.  Much like Fargo the movie.  Obviously the “this is a true story” at the beginning of every episode is just as false as it was for the movie, but it still manages to add to the tension anyway.  If not just give us all a little laugh.  Which is all Fargo wants to do anyway.

We all know that Martin Freeman and Billy Bob Thornton will give us good performances, but Allison Tolman is great as Deputy Solverson, and Fargo is probably the best thing that Colin Hanks has ever done.  He may never be as good as his dad, but this was truly some good work on his part.  I hope this gets him better roles in the future.

Fargo is worth watching if you are looking for something interesting to watch.  I laughed and I wondered what would happen next, and I was almost always wrong.  The first season was great, and I can’t wait to see what story they cooked up for season two.  I hope it is just as good, if not better than season one.