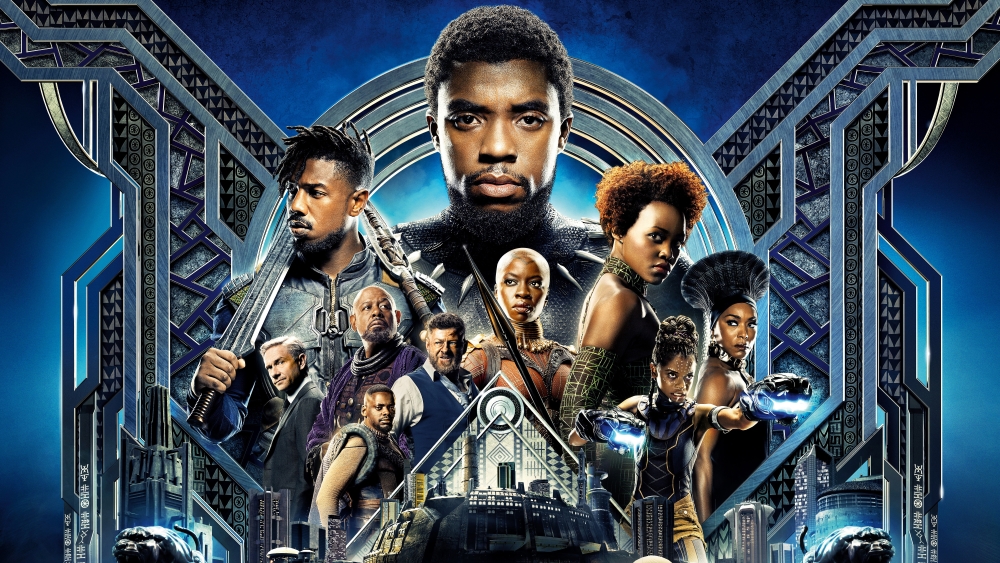 After ten years and seventeen movies, Marvel has finally made a movie based off of their first African superhero, Black Panther.  While King T’Challa technically made his debut in Captain America: Civil War, this is really our first big screen introduction to the character, and it was quite the introduction.  The reviews and the build up have been telling me that Black Panther is the greatest Marvel movie of all time, which it isn’t, but it is very good, and it makes me wonder why Marvel took so long to introduce such an important character.

Black Panther begins right after Captain America: Civil War ends, but just in case you are worried, they do a little flashback, so you don’t need to have watched that movie or re-watch it to remember what happens.  King T’Chaka (John Kani) has died, so the mantle of King of Wakanda and Black Panther now fall to his son T’Challa (Chadwick Boseman).  Unfortunately for T’Challa being King will not be easy because he will have to face down the failures of his father.

Black Panther is the best Marvel origin story since Iron Man.  It manages to tell a personal story with real stakes, and the villain’s motivations actually make sense.  He is not just trying to kill people and rule stuff because that is what villains do.  Michael B. Jordan’s Erik “Killmonger” Stevens is still undeniably evil, but you understand why his is doing what he is doing, and you sympathize with his quest.  You want him to fail, but at least you can see where his world view comes from.

While Jordan’s Killmonger may steal the show.  Chadwick Boseman’s uncertain yet always just Black Panther is also a treat.  Yes, he is another rich guy in a suit, but at least he isn’t a self absorbed jerk.  He values his friends and family, and that makes him much more likable.  Boseman brings him to life expertly.  Then just to tie things together they throw in a cast full of Oscar winners and powerhouse talent.  Black Panther’s casting director wasn’t playing around.

What didn’t hold up so well is the CGI.  For the most part it is okay, but during the big fight scenes at the end it starts to strain a bit.  The purple smudge of a Vibranium mine and some  globby charging animals just look off, and if you were hoping that Black Panther would end without two cartoony CGI guys punching each other you, will be disappointed.

Still, a slightly off ending was not a enough to derail all the good that Black Panther did in the first 90% of the movie.  Marvel has yet another great movie to add to its collection, and a new hero to move about its movie universe, so if you are one of the two people that hasn’t seen it yet, you probably should.  To Marvel fans everywhere, you should be thrilled.  The king has arrived.