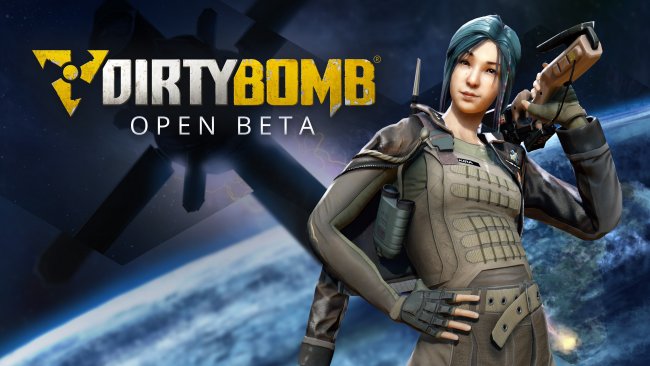 Splash Damage, the creators of one of the classic multiplayer games Wolfenstein: Enemy Territory, has been looking for its next big hit for what seems like forever.  Quake Wars was fun, but it never ran quite right and it was a little too big if that is possible.  Brink was flat out broken even if it did introduce free running to multiplayer games, but because Enemy Territory was so good I decided to give their new free-to-play game Dirty Bomb a chance.  Splash Damage may have their next hit on their hands.

Dirty Bomb is set in future London after a bomb has gone off, but don’t let that grim scenario throw you.  This is a pretty whimsical game.  You play as a mercenary carrying out missions for random corporations scavenging old London for the treasures people left behind.  In practice this means you are going to shoot people in front of you, but also do your best to work with your team to complete objectives, or conversely try and stop people from completing their objectives.  Kind of like every other Splash Damage game.

You will also pick a character class like a medic, mechanic, sniper, and so on.  This is were Splash Damage wants to make its money.  Everyone will get two characters from the start.  A basic soldier and a medic.  They will also give you free limited time mercenaries to play with as well.  You can either play Dirty Bomb a lot (I mean a lot), and unlock all the mercs, or you can just pay a little real world cash to save yourself some time.  You can also buy cases which give your mercs different gear.  You don’t know what each case contains, so you may be buying the same loadout you have got three times before for that character you never play, but it is fun, and they are reasonably cheap, so you don’t have to play a lot to unlock them, or, you know, really buy them.

That being said, I never felt limited by not paying any money.  I was able to hold my own with the mercenaries available, and the cases that I had unlocked by just playing a few rounds.  So while Dirty Bomb is free-to-play it definitely is not pay-to-win.  I do wish that instead of waiting for the free mercs to rotate that you could play them once for free to see if they are worth paying for.  Though that is just me being impatient.

Dirty Bomb is really just a prettier version of Enemy Territory with a more light hearted feel, but honestly that should be a selling point.  It runs on the Unreal 3 engine, so you don’t need a monster rig to play it, and the entry price is right.  It is not a giant leap for first person shooters, but it is fun, free, and runs well on a lot of computers, so what I am saying is that you should give it a try.