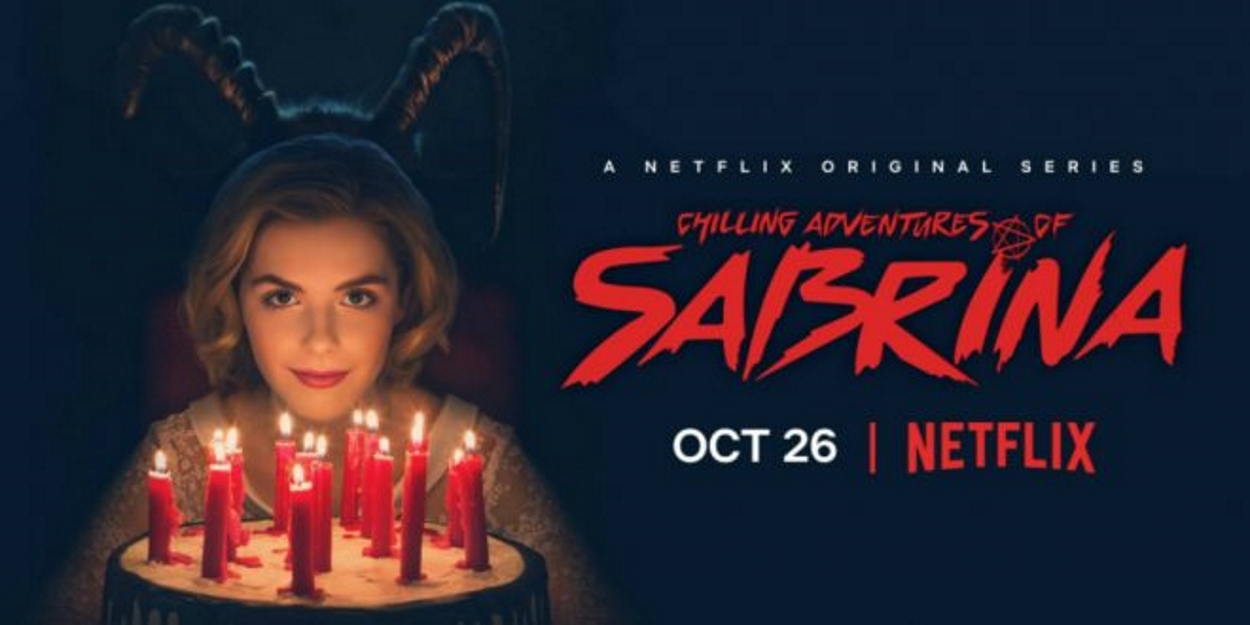 If you haven’t been following Archie Comics lately than you wouldn’t know that they have gotten an update to their grocery store checkout sensibilities, and their reemergence has been so successful it has launched a new TV show on the CW, Riverdale.  Riverdale has been a hit for the CW, so the CW went to Warner Bros. Television for another show to sit alongside it.  What they came up with was a little too dark for network TV, but before Warner could go back and retool it, in swooped Netflix, and Netflix was more than happy to have The Chilling Adventures of Sabrina get as dark as it wanted to get.

The setup for The Chilling Adventures of Sabrina is very similar to the 90’s sitcom, Sabrina the Teenage Witch.  Sabrina (Kiernan Shipka) on her 16th birthday will have to leave her human life behind and become a full witch, she is only half witch on her father’s side, but like any teenager she doesn’t want to do what she is told.  This is where the changes start to appear.  You see the Dark Lord really wants her on his side for some reason, and he sends in his team to sway her to the dark by any means necessary.

The word ‘Chilling’ from the title is best descriptor for the show.  It isn’t outright scary, but it is darker and much gorier than anything the CW has ever put out.  So much so I am wondering if they punched it up once the show moved to Netflix.  However, most of the show’s storylines fit firmly in the teenage drama genre.  It is still a CW show at its core.  No amount of witchcraft can change that.

If you want a teenage drama with some gore and some spookiness, The Chilling Adventures of Sabrina is probably what you are looking for.  It has a good cast doing crazy things, and it feels like Riverdale’s cousin, so those are all positives.  Though all the talk about and interaction with the Dark Lord are big negatives for me.  I guess how you feel about the show will depend on if you are looking for a dark gory teenage show where a girl has to rebel against the Devil or not.