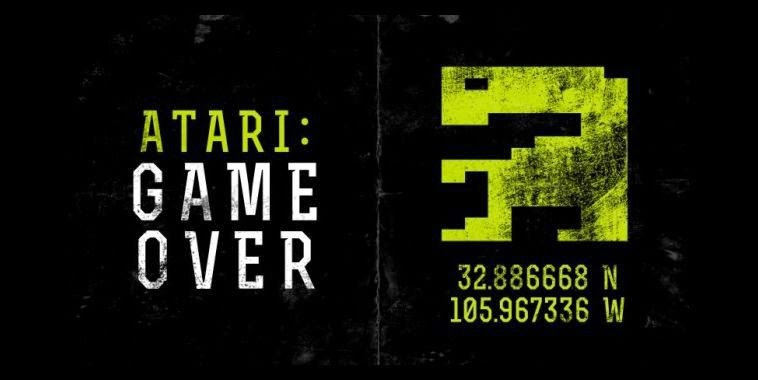 If you have ever taken any interest in video games at all, you have probably heard of the infamous E.T video game.  It was said to be so bad that it caused the collapse of the video game industry in the early 80’s, and that Atari had no options but to dump all of the unsold copies of the game in a landfill in New Mexico.  Microsoft and Writer/Director Zak Penn decided to look in to this modern myth with the documentary titled Atari: Game Over.

This could have been a boring movie about watching big equipment digging holes in the ground looking for black square pieces of plastic, but instead Zak Penn made a smart and loving look at the early game industry, and really the first major Silicon Valley startup Atari.  These programmers and engineers were rock stars, and they made a billion dollar business in a matter of a few short years.  Then it all came crashing down, and a game about a friendly alien made in five weeks to make it in time for Christmas holiday shopping season took the brunt of the blame.

Now if you have ever played an Atari 2600, you would know that there were more bad games than just E.T, and that if you have actually played E.T., you would know that it is not really that terrible.  Sure it isn’t great, but some of those old 2600 games are pretty much unplayable, and E.T.’s creator Howard Scott Warshaw made some of the best Atari games ever, but it is E.T. that is always on the top of the “Worst Games Of All Time Lists”.  Why? Because its release date coincides with the destruction of an early tech giant.

What I really liked about this movie is that was made by people who really love video games, and who really wanted to know what was in that New Mexico landfill.  It is a fun journey, and a great way to see modern archaeology at work.  They made digging up a landfill feel like Indiana Jones.  If you love video games, urban myths, or maybe just miss the 80’s, Atari: Game Over is well worth your time.  It is free if you have an Xbox 360, Xbox One, or an Xbox Video Account.