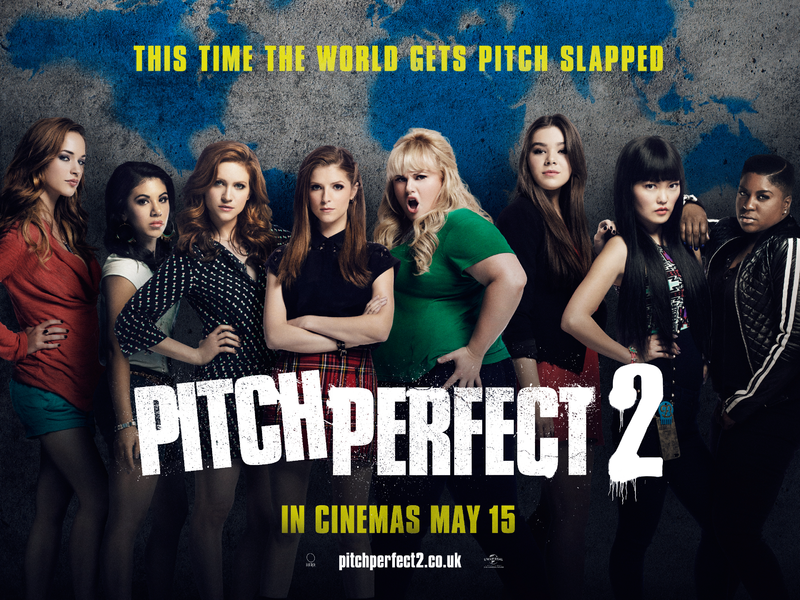 The first Pitch Perfect surprised me with how fun and different it was, but Pitch Perfect 2 doesn’t build on its predecessor.  It instead just follows the same formula.  The songs are catchy, and it is still silly fun, but it feels like watching a lesser clone of itself.  It is a shame too because with this talented cast it could have been much better.

The Barden Bellas continued their winning ways after the events in the first movie, and they have successfully defended their National Title twice, but when Fat Amy (Rebel Wilson) rips her pants at President Obama’s birthday they once again have to sing their way to the top.  Because to save themselves from being disbanded the Bellas will have to win the World Championship.

Pretty much the plot just serves to make them underdogs again so they can do a bunch of random stuff while singing.  Thankfully the music is the best part.  It is well choreographed and funny.  Everything else plays out how you would expect.  Even right down to the only way to win is to embrace the new girl’s (Hailee Steinfeld) talent.

Rebel Wilson is reliably goofy, so there are quite a few laughs, but sadly the rest of the cast just pretty much gets to hang around and sing.  The only other full character arc belongs to Anna Kendrick, but it isn’t super interesting, and it is confusing as to why she is keeping her dream of being a music producer from her friends.  Well they do give a reason it just isn’t a good one.