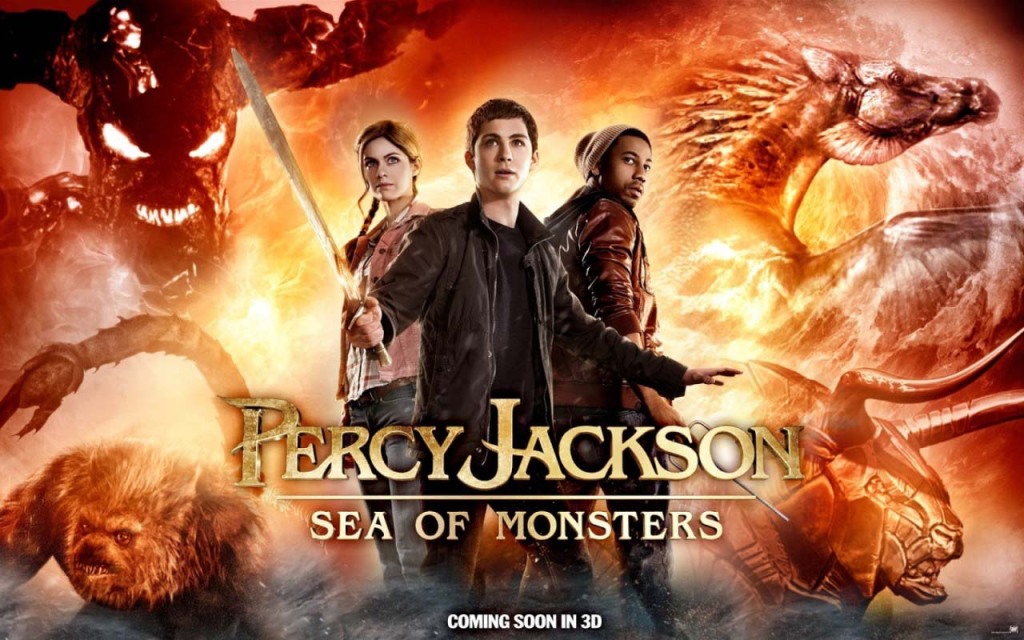 I am going to start off by saying I quite liked the first Percy Jackson movie.  It was campy yet fun, and it offered an interesting spin on Greek Mythology.  Percy Jackson: Sea of Monsters on the other hand, while still campy, is no longer fun.  They made this sequel because they thought they could do it cheaper and make a profit.  Not because anyone particularly wanted to do it.

Percy Jackson has not been up to much since the last movie, and other Half-Bloods have been gaining more fame than him, but never fear the world is in danger, so it is time for Percy Jackson to save the world.  Well not quite, there is this tree girl, and now he has a Cyclops brother, but really it is just Percy Jackson off on an adventure.  l I had hoped it would be an adventure anyway, but really it is more like they take a cab to Washington D.C., and then they boat to an island.

This movie really misses any sort of imagination the first movie had.  Instead of modern takes on Greek Mythological locations, we get just normal places.  Cool Greek monsters?  The title would have you believe that there are a bunch in this movie, but there are only three main ones, and they are not that exciting.  Along those same lines, this so called Sea of Monsters is actually a Sea of Monster, yes just one.  So disappointing.

The acting was a weak point in the first movie, but it is much worse this time around.  Thor Freudenthal the director is apparently no Chris Columbus, and he doesn’t know how to get any of his actors to do anything convincingly.  With the exception of Nathan Fillion who is as charming as ever, but he is in this movie for like five minutes and then cashes his check and goes home.  Not that I can say I blame him.

This movie had no love.  A boardroom of people decided to try one more time to get some money out of this book series, and they cobbled together the bare minimum of resources to get it done.  It is a shame because the first one played up the cheese with a wink and a smile, but this one just gives us a shrug and a grimace.  If Percy gets signed up for any more adventures, I will not be watching them.