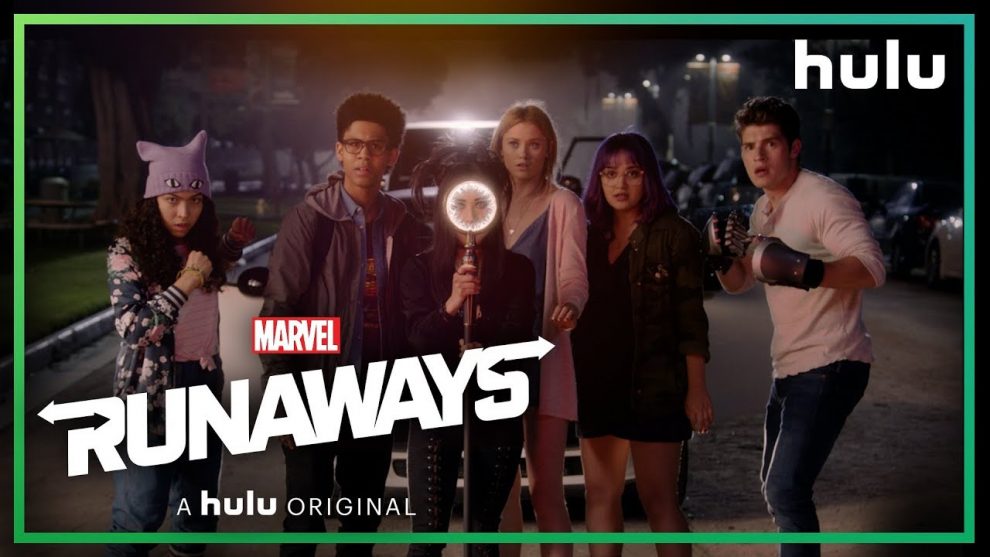 Marvel’s first show on Hulu feels very much like it should be on Netflix with Daredevil and his pals, but in this case they moved the action over to LA, so they didn’t have to deal with all that.  It is also feels like they aged it down just a touch, so that it would be more appropriate for teenage viewers.

So far the show is a little uneven, and the budget seems to be constricting them a bit, but it is fun to watch these kids deal with learning that their parents may be evil, while at the same time figuring out that they may have the power to stop their parents.  It is a little X-Men-y, but that is quite all right, and the natural separation that is caused by moving everything to the west coast works in Runaways favor.

As with most shows featuring a bunch young actors, the acting is a mixed bag, but in general it is pretty good.  Though what the show really has going in its favor is James Marsters (AKA Spike from Buffy).  It is always a treat to have him show up.  Also, I am once again not sure if his character has a soul or not.

The first season has seemed like a pilot so far.  Like they are testing the waters with this new show and streaming service, but not going all in.  Regardless, I have enjoyed Marvel’s Runaways, and I hope it keeps getting better.  The show has only aired four episodes, so maybe it finds firmer footing as it goes.