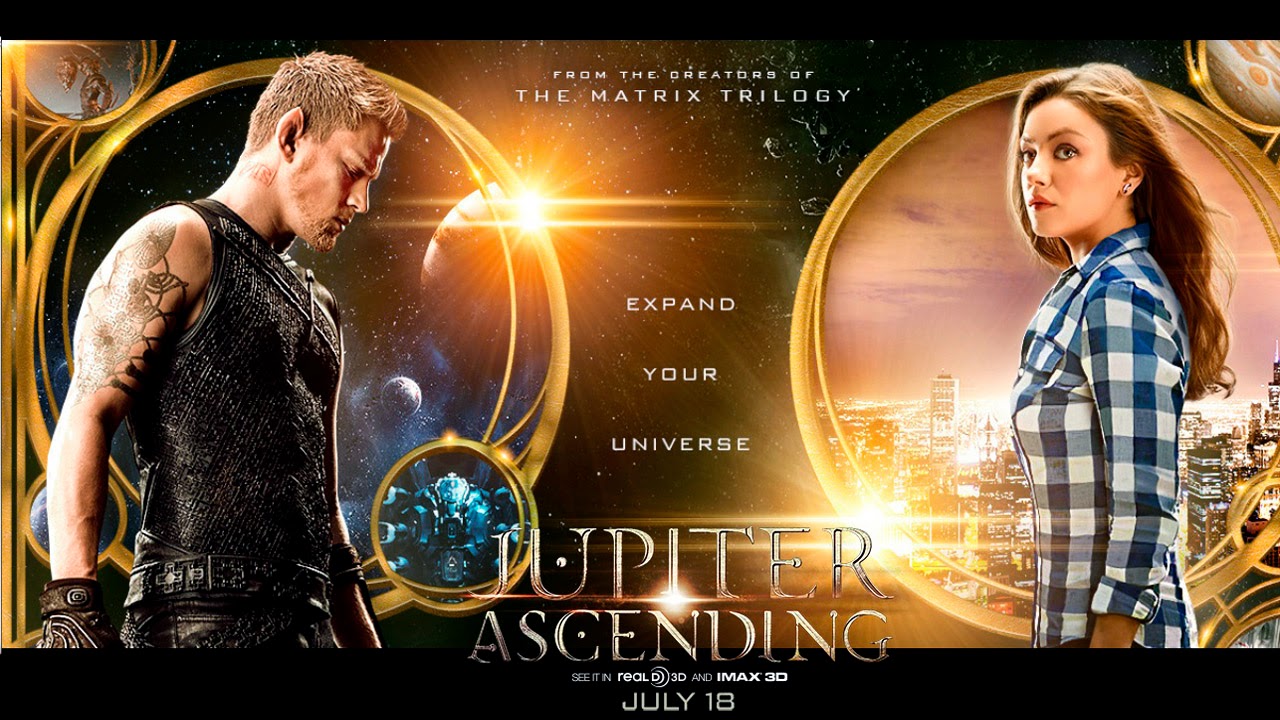 There are a lot of really good ideas in Jupiter Ascending: a girl on a Wizard of Oz adventure through space, ancient humans leading Anne Rice style houses, and generic modification just to name a few, but those ideas just never come together.  Which is a shame because I am always on the look out for good original Sci-Fi.

The story follows a young woman named Jupiter (Mila Kunis) who finds out that she is the exact genetic copy of the most powerful person in the universe.  Turns out that in space if you are the exact genetic copy of someone and they die, you get all their stuff.  Of course a lot of powerful people do not want some random person rising to power, so it is up to Caine (Channing Tatum), a dog person, to keep her safe while she completes the paperwork necessary to become the ruler of the galaxy.

There is just too much going on in this plot to allow for a coherent story.  Someone needed to take a hatchet to just about everything and then streamline this movie on the one or two best ideas.  Sadly that did not happen, so we don’t get to spend enough time with what is important,  and then waste time watching a bunch of random other stuff.  This probably would have made an interesting TV show because then they could have expounded on everything.

Much like the plot, the actors all seemed lost in this movie as well.  Mila Kunis tries her best, but her script must have just read, “act confused”.  Channing Tatum tries to channel an action hero, but I was too distracted by his odd fake flesh colored beard.  I know it was supposed to mimic dog fur or something, but it just looked odd.  Despite the fact Eddie Redmayne won a Razzie for worst supporting actor for his role, his over the top performance at least added interest.

The special effects and makeup could have saved parts of this movie, but they all looked cheap and dated (fake flesh colored beard anyone?).  Had I not known the movie’s budget I would have thought that The Wachowskis ambition outstripped their funds, but it turns out that the budget for this movie was north of $170 Million, so there is no excuse for everything to look as bad as it did.

I wanted to like Jupiter Ascending, but it ended up being boring mess.  A fun mess I could have respected.  The Wachowskis continue to have interesting ideas for their films, but they need someone to come in and help them edit them.  Though after three large box-office bombs in a row, I am not sure how many more chances they will get.