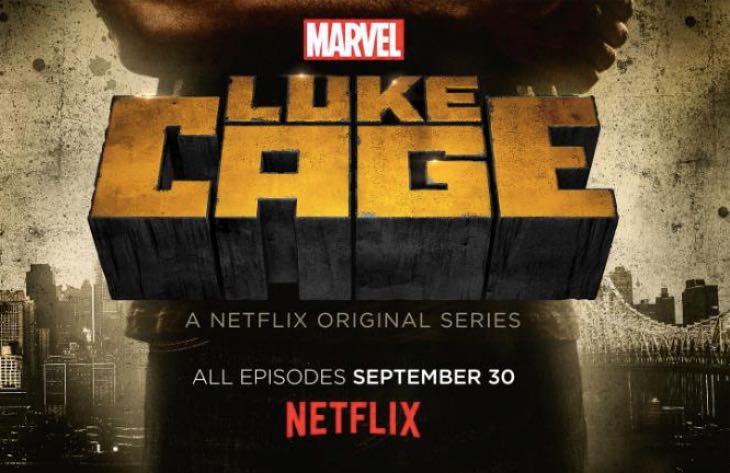 Luke Cage is Marvel’s third series on Netflix, and for the most part it doesn’t stray too far from the established formula.  Thankfully it is a good formula and moving the action from Hell’s Kitchen to Harlem changes things up just enough to keep things fresh.  With all the racial tension in America right now Luke Cage is the hero we need.

The series picks up fairly quickly after the events of Jessica Jones with the titular Luke Cage (Mike Colter) now working several jobs for cash under the table in Harlem.  Luckily for him one of his jobs is cleaning up Pop’s Barber Shop.  Pop (Frankie Faison) is a father figure and mentor for Luke, and Pop tries to help Luke see that he should be out saving people and not sweeping up hair and doing dishes.  Luke instead wants to keep a low profile, but fate has other plans and he is soon facing off against local gangster Cornell “Cottonmouth” Stokes (Mahershala Ali).

A lot of this would seem generic and boring.  Not to mention a retread of things we have seen before, but the cast and setting make this series sing.  It seems cliché to say that Harlem is a character in the show, but it truly is, and it is much more interesting than Hell’s Kitchen where all the other Netflix shows take place.  A superhero dropped in to a hotbed of police and racial tensions makes for pretty good TV.

Netflix has another hit show on its hands.  It is making the buildup to The Defenders unbearable.  I mean we still have to get through Iron Fist, but if it is half as good as Luke Cage we will be just fine.  Just a word of warning, much like Jessica Jones, this show is not for kids, but for all us adults out there it is well worth a watch.