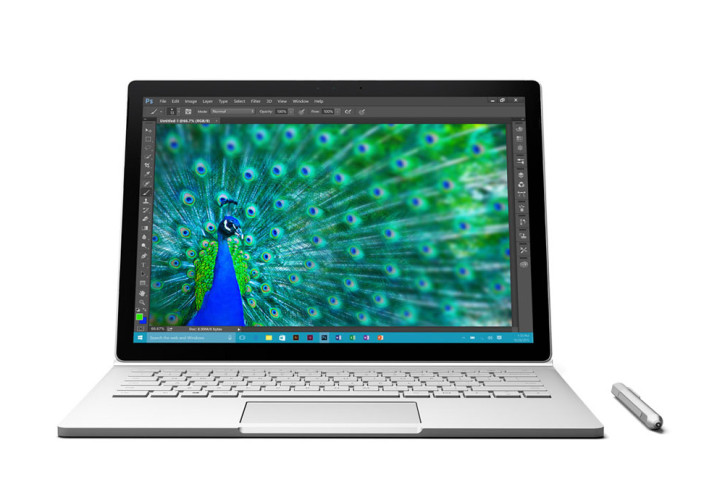 It has been awhile since I have given a tech review, so here we go!  Work has seen fit to pair me with Microsoft’s latest computer the Surface Book, and I have to say it is the best laptop I have ever used.  That doesn’t mean it isn’t without its flaws, but it is a fantastic device.

The screen is gorgeous.  It is bright, and the 3000×2000 resolution makes everything crisp and clear.  With the great PPI (pixels per inch), I am able to read very small fonts without issue, and that is a bigger deal than you would think.  With most laptops with a high resolution you usually have to zoom the in screen in order to read anything, but that costs lot of App real estate.  With the Surface Book’s excellent readability you can keep the zoom to a minimum.

The Surface Book is screaming fast as well.  I have an i7 and the dedicated GPU, so it should be fast, but it is nice to know that it lives up to its potential.  Apps and videos load and play almost instantaneously.  I have heard that it is not great for high end gaming, but it is more than powerful enough for everything else.  Plus the fit and finish is amongst the best out there.  It will go toe to toe with the high end Samsungs and Apples.

There are a couple of issues though.  After upgrading to the November 2015 Update for Windows 10 my screen would blink every time a video would load in a browser, and then tell me that my Intel graphics card had failed and then recovered.  Not a deal breaker, but annoying.  I was able to fix it with the beta driver from Intel, so I am sure that it will be on Windows Update soon, but no one likes their new toy acting up.

Also the fact that the Surface Book doesn’t close all the way is odd.  I understand it is due to its cool hinge, but stuff gets between the keyboard and the screen when it is in my bag.  While the screen does come off, it is simply too big to be a tablet.  When holding it my thumbs can’t get to the middle of the screen, and I have big hands.  If you are going to use the pen and draw on it, it is fine, but you would think for that you would want the dGPU in the keyboard, so you would simply flip the screen around and lay it flat that way.  It is neat that you can do it, but impractical.

Those minor issues aside, The Surface Book is still a wonderful device, and one that Microsoft should be proud of.  If they can get that Intel driver out fast to clear up the issue with the November Update that would get rid of my one hesitation with recommending the Surface Book.  Well that and the price.  You really do pay for quality.  Though in this case maybe slightly too much.  I think it is worth it, you may not, and I would totally understand.