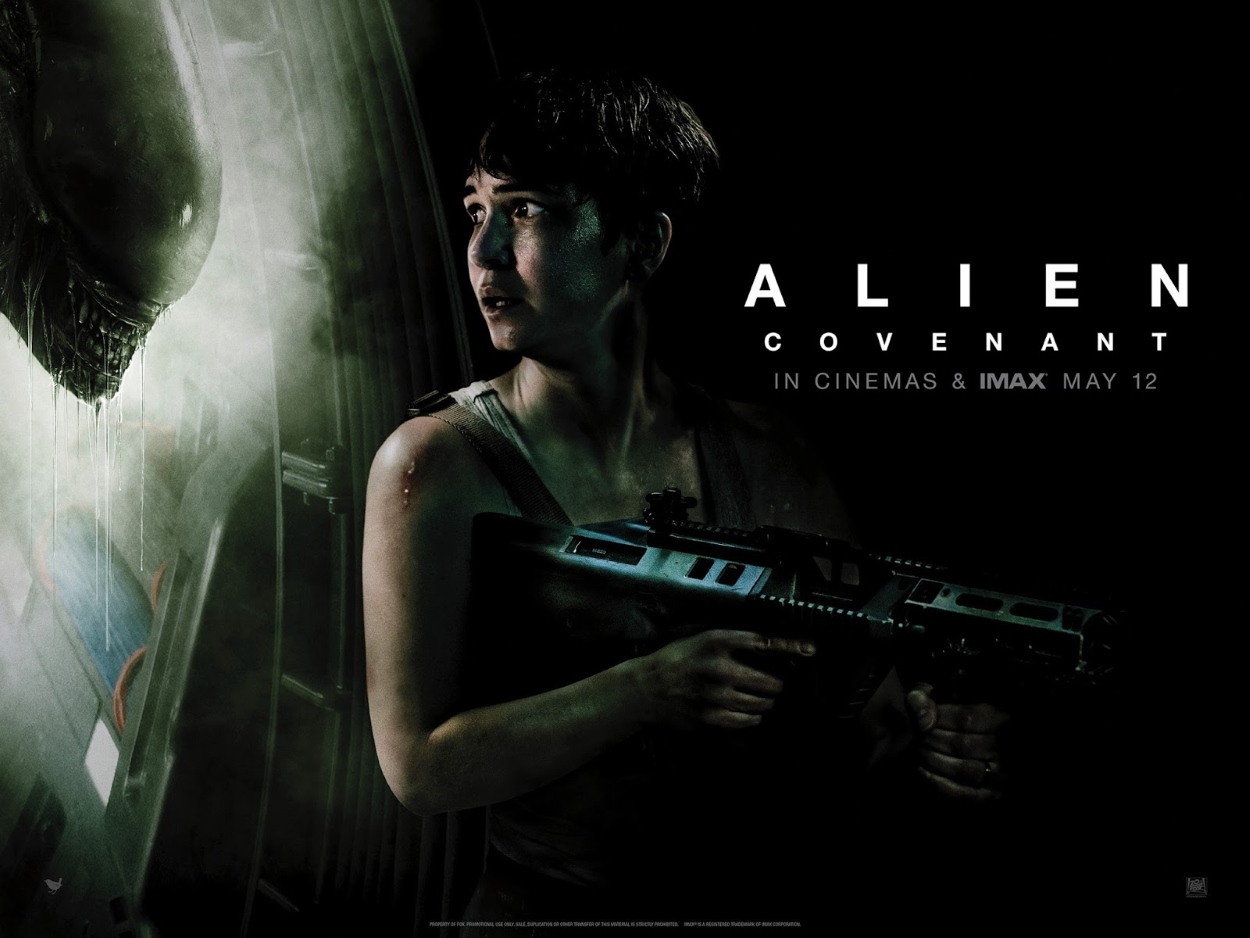 I don’t think Ridley Scott really wants to make Alien movies anymore, but he knows if he slaps the Alien name on something people will give him the money to make whatever he wants.  With Alien: Covenant, Scott wanted to make a movie about a being’s hatred for its creator, and then he tacked some Alien stuff on to it.  It is kind of interesting, but the two conflicting ideas don’t really coalesce in to a coherent film.

Covenant takes place a few years after Prometheus, and the colony vessel Covenant gets a strange message on its way to its new home destination.  The crew decides to check it out, and guess what?  That was a terrible idea.  It turns out that this is where Elizabeth Shaw and David (Michael Fassbender) crash landed with a ship full of the Alien virus.  David meets the newer, more obedient, version of himself Walter, and things get very strange.  The crew makes more bad decisions, and a lot of them get killed by the xenomorph.

The xenomorph is kind of secondary to what is going on with Walter and David, and it should never be said in an Alien movie that “the” alien is taking a back seat to a robot that clearly has the hots for himself.  Like I said Scott brings some interesting ideas to the table, but they are never fully fleshed out, and this never truly feels like an Alien movie.  Just one where the Alien is around.

Covenant is beautifully shot, and the special effects are really well done, so Scott still has what it takes to make a major motion picture, but this movie is just kind of a mess.  Which is a shame because I wanted to like it.  I was one of the seemingly few people that enjoyed Prometheus.  Sure it was dumb, but it was dumb fun.  This movie forgets the fun, and instead wants to focus on its “themes”.

If you are looking for a good Alien movie, Alien: Covenant is not what you are looking for.  If you are looking for some high concept Sci-Fi, you might like this, though it is not realized enough.  I enjoyed parts of this film, so if you really like the genre, it is probably worth spending an afternoon checking out, but you won’t really miss much if you skip it.  Maybe they will finally get it right  with the next one.