2017 was kind of a down year for the movies industry.  Its box-office totals were way down compared to last year.  It started the summer off with a string of busts that were supposed to be box-office guaranties.  That being said, there were still a lot of good things to watch last year, so here are my top five films of 2017 in reverse order! 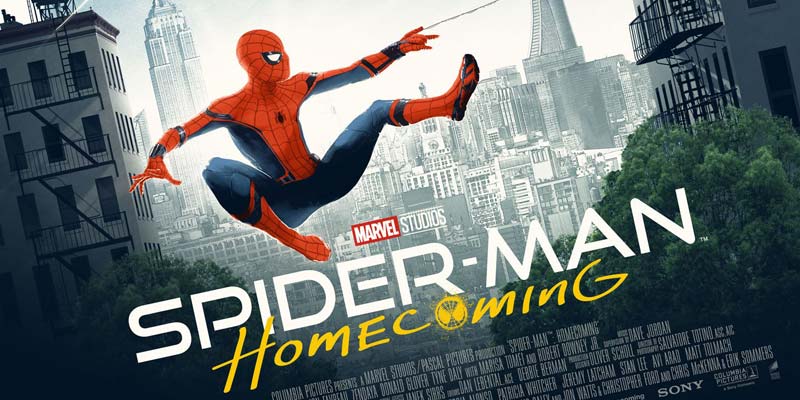 Homecoming was the movie Spider-Man fans had been waiting for.  It brought Spider-Man back home to the MCU, and it did not disappoint.  It served up the comedy and action you would expect from an MCU flick while firmly cementing Spidey in the MCU.  Its only major flaw was that it played it too safe. 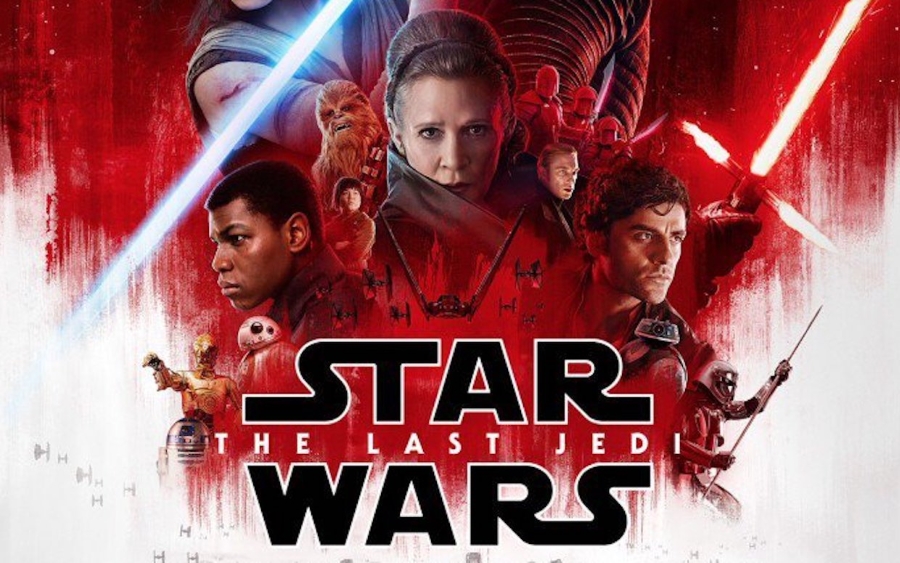 Rian Johnson had the impossible task of living up to fan expectations with The Last Jedi, and he didn’t quite do it, but he did expand the universe in meaningful ways while trying new things.  Which is no small feat.  I can’t wait to see where all the stuff he set in motion ends up, and that is what a middle movie in a trilogy should do. 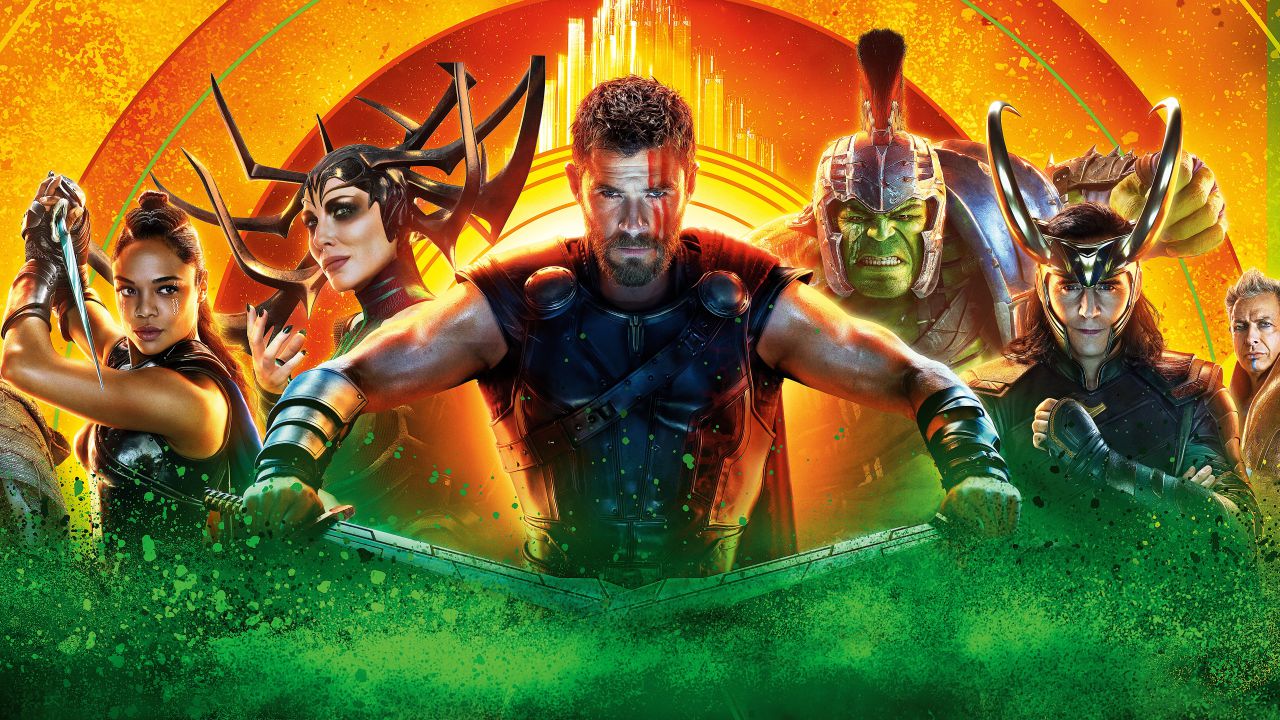 Taika Waititi gazed upon the MCU and found it lacking a true comedy, so he fixed that, and it was amazingly successful.  I am not sure that Thor: Ragnarok lines up 100% of the way with the rest of the MCU, but it was too much fun to care.  It was one of my favorite MCU films to date.

Wonder Woman finally got her chance to shine, and she didn’t waste it.  It was by far the best movie DC has put out recently, and it made the mess that was Justice League look even worse by comparison.  Heck with Patty Jenkins just being in charge of Wonder Woman, make her in charge of the whole DCEU!

People were wondering if Christopher Nolan had anything left in the tank, but Dunkirk proved that he is still a world class director.  Dunkirk was a stunning achievement, and it showed that there are still interesting war movies left to be made.  Expect Dunkirk to make some noise this award season.

So that is my top five list!  What was your top 5?  I would love to hear about it you liked (or didn’t).

There was so much hype surrounding Star Wars: The Last Jedi that it would have been impossible to fulfil everyone’s expectations, but it gets very, very close.  Some slight pacing issues keep The Last Jedi from overtaking A New Hope and The Empire Strikes Back, but it comfortably vaults the rest of the films in the franchise.

The Last Jedi picks up directly after The Force Awakens.  The Resistance needs to flee their base, and Rey (Daisy Ridley) needs to convince Luke Skywalker (Mark Hamill) to join The Resistance to help combat the evil Snoke (Andy Serkis) and his apprentice Kylo Ren(Adam Driver).

It may sound like The Last Jedi uses a lot of the same story beats as The Empire Strikes Back, and it does, but it turns those beats on their heads in some fascinating ways.  Sadly, I can’t talk about any of them without giving away massive spoilers, but for all those afraid that The Last Jedi just copies Empire the same way The Force Awakens copied A New Hope, fear not.  The Last Jedi is its own movie.  I so much want to give examples of how The Last Jedi subverts some of Star War’s tropes, but for your sake, I will just say that it does.

It is no wonder that after Disney executives saw this film they gave Rian Johnson the keys to the franchise’s future.  Signing him up for three more films.  The Last Jedi is gorgeous and lovingly shot.  I only wish that I hadn’t had to sit in the front row, so I could have taken it all in better.  If he finds a better editor, I am sure his new Star Wars movies will be fabulous.

Which brings about The Last Jedi’s biggest flaw.  It is long, and it feels long.  It is showing us some amazing stuff, so I understand the desire to linger a bit, but it could have been tightened up and been a much better film.  However,  that is my only complaint.  Other than that, The Last Jedi is everything I hoped it would be, so if you don’t have plans to see The Last Jedi like the rest of the world, you may want to go get your tickets.  Just show up a littler earlier to the theater than I did. 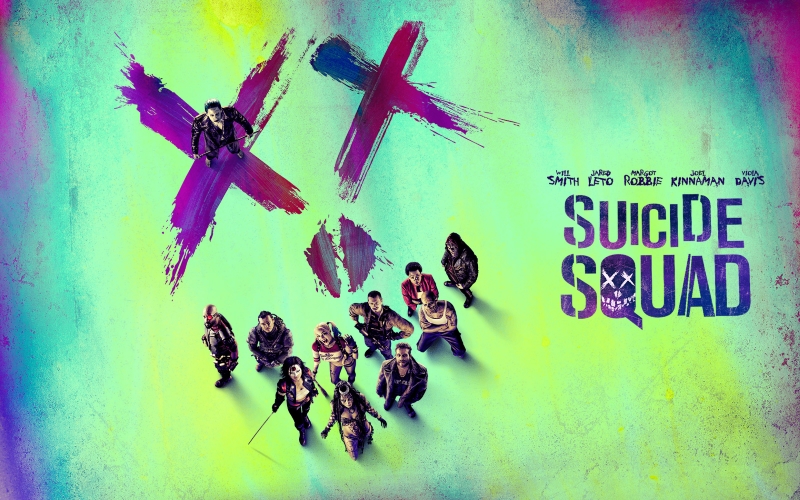 It seems like Disney can’t hold on to their directors for Star Wars.  They have now lost two directors (well three, but two come as a set) for their upcoming Star Wars projects in the same year.  Colin Trevorrow’s exit from Star Wars IX isn’t as stunning as Lord and Miller’s from Han Solo, but clearly Disney has a specific vision for their films, and if you can’t deliver it, you are out.  Really at this point they just need to lock in Howard or J.J. to long term deals and have them direct the next few movies, since both of them can deliver a pretty solid Spielbergian adventure film.

On the Warner Brothers side of things, we are finally getting details about the upcoming Suicide Squad sequel.  It looks like Gavin O’Connor has been called in to write and direct.  He is an okay choice.  I say that because most of his movies are, you know, okay.  Much like The Accountant which I recently reviewed.  If you go look at his IMDB page you will not find a bad flick.  Though you will probably not find a movie you feel super strongly about either, so this is probably a smart choice for a studio trying not to have any more critical failures, but just not one the fans are going to get supper pumped up about.  Hey, maybe he will get to direct an upcoming Star Wars movie!

Ron Howard has seemingly tweeted out a pic of the Death Star interior from the set of his Han Solo movie.  I hope that isn’t what it is, and that he is just throwing us off.  Because as much as I love the Death Star, I am done with it.  It has been featured in three of the eight Star Wars films.  Four, if you count the brief scene with the plans in Revenge of the Sith, and five if we all agree that Starkiller Base from the Force Awakens is just a bigger Death Star.  In other words, giant death balls have had plenty of Star Wars screen time.  There has to be other stories to tell in the Star Wars Universe.

Not to mention it wouldn’t even make sense in this case.  If Han had known about the Death Star, surely he would have told someone, or at least not been surprised when he saw it for first time in A New Hope.  Plus I am sure he would have been a little more wary about taking a job from people not wanting to be caught by The Empire if he knew a massive murder orb was out floating around.  It would screw up his whole origin story.

The Star Wars writers need to dig through their massive pile of scripts and throw out everything that has anything to do with massive balls shooting planet destroying beams.  They can do better.  So help me if the newly announced Obi Wan movie is just him trying to track down the plans to the Death Star from Dooku’s cronies.  If that  happens, I am only going to watch it once!  JUST ONCE YOU HEAR ME!

You remember when guys and gals were making web shorts in the late 90’s and early 2000’s?  That is what the new Star Wars: Forces of Destiny looks like.  It looks like somebody loaded up Adobe Animate and made some Flash films for their Star Wars fan fiction.  That doesn’t mean that I will not watch it.  I will.  It just looks like they could have put a little more effort in to this short series.  Especially if it is the launch for a bunch of new toys and dolls.  I believe it is going to be the Star Wars version of the very successful DC Super Heroes Girls, which sounds good, but it looks like they could have tired harder.