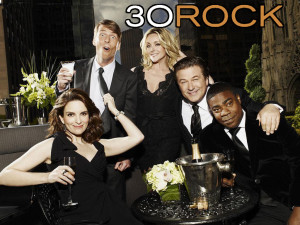 Since I didn’t watch anything last night, and I haven’t finished a book I decided to give my impressions on the platform I am using for this blog.

I am using WordPress 3.5.1.  It has been a joy to use.  I have come from building sites using Drupal, which is great too, but this has been the easiest site I have ever managed.  Once I had my host and domain name, all I had to do was upload the files and run the install and my site was up in a matter of minutes.  There are tons of plugins to extend your site as well, and you can look for plugins and right from the plugin menu, so you don’t need to go to WordPress.org all the time.  The two basic site themes they give you are perfect to get your site started.

As far as a full fledged site though, I am not sure I would use WordPress though.  Drupal is so customizable and you can do just about anything with it, but for blogs and simple sites, WordPress is awesome.  Virtual high fives everyone … slap.

The past couple weeks of blogging has been tons of fun, and WordPress has added to that.  If you ever decide to run a simple site or a blog, you don’t need to look any further then WordPress.  Ok enough with gushing.  As you were everyone. 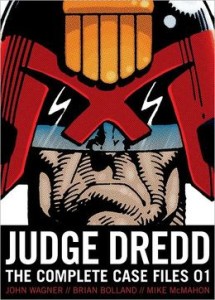 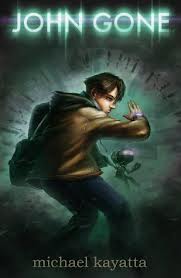 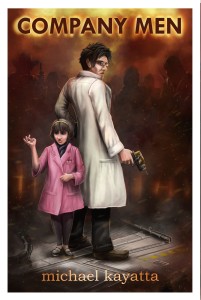 I recently read The Diaspora Trilogy.  It is a series of books about a young man who finds a watch, and the watch starts to teleport him to random places.

I got started with this series because the first book, John Gone, was attractively priced at one dollar, and I didn’t have anything I wanted to read on my Kindle.  This was a great marketing ploy because the series then had me hooked, and I had to pay about five dollars each for the next two books: Missing Signals, and Company Men.

In the first book a sixteen year old named John finds a watch that attaches itself to his wrist and will not come off, and it then starts to take him to random places on the planet.  He also then finds out that the watch allows him to talk to a Dr. Kala that tells him if he keeps jumping that he will die.

It is a pretty good setup, and finding out what John will do after every jump is exciting.  The only problem with the book, and the second book for that matter, is that they do not have real endings.  They just leave off for the next book, so you really don’t get a full story with just one, but I guess that is how you make money off of a one dollar book. Which is also why I am not going to provide basic plots for the next two books since they would just be spoilers for the previous ones, but it safe to say that the rabbit hole starts to get much deeper.

I don’t think the author, Michael Kayatta, will win any awards for these books.  They have some spelling and grammar errors, (Much like this review) and the books don’t have any deeper meaning other then an exiting adventure, but they are good fast read, and he knows not to let up on the action.

I noticed that the first book has gone back up in price, so more people must have fallen in to the one dollar trap, but I think they are still fun and worth a read at their new slightly elevated price, but if they drop back down to a dollar then they have my fullest recommendation.  You can find books on Amazon here.

Since the Pro Bowl was the only football on Sunday, I settled in and watched one of the worst games of the year.  This is not surprising because it is always one of the worst games of the year, and if it hadn’t been for the Seahawks in the game playing so well, Wilson had three touchdowns, Lynch had a touchdown, Thomas had an interception, and Washington had a great ninety yard return on a kick off almost for a touchdown, I probably wouldn’t have finished it.  I was hoping to see Wilson get the Pro Bowl MVP, but it went to a very deserving Rudolph a tight end from Minnesota .

But after the game I was wondering what could be done to fix this game if anything, and think they just need to stop playing it.  They should have a bunch of skills competitions of guys running fast, throwing balls through tires, pushing dummies around, and fan meet and greets.  That way the Pros can still get the honor of being selected to the Pro Bowl, and they get to be competitive with one another without the fear of being hurt by playing a meaningless game, and we as fans get to see our favorite stars one more time before next August.

I hope they make some sort of change soon because the game is almost unwatchable.  Of course since it is football, I still watch it, and I know I am not alone, so I guess I am part of the problem.  Who knows maybe next year I and my fellow fans will tune out and get the commissioner to make the changes needed.  We will see.  Go Hawks!!!