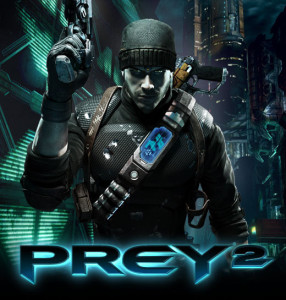 In 2011 Andy, Ryan Fadden, and I were at PAX Prime in Seattle, because where else would we be, and we decided to get in the The Elder Scrolls V: Skyrim line, but we quickly got out of due to the fact it was three hours long, but as fate would have it that put us front of the Prey 2 booth.  A game none of us had any interest in, but that would change as soon as the guy started the demo.  We were floored, and it was my game of show for PAX that year.  Two years have past and it looks like the game is in trouble.

The first Prey was about a Native American named Tony that is captured by aliens, and then tries to save his girlfriend, and along the way he has to use his Native American super powers to help him survive.  The game was a straight up shooter that was only notable for its questionable architecture, and use of portals, yes like from the game Portal, but before Portal came out.  You shouldn’t play it.  It is not good.  This is why we didn’t care about the sequel, but they changed everything for the sequel.  It was about U.S. Marshal Killian Samuels and he was also captured by the same aliens, but he escapes and becomes a bounty hunter on an alien planet in a cool Blade Runner like city.  It had free running and an open multi-tiered level design.  It was really sweet looking.

Last year the publisher Bethesda announced that Prey 2 would not come out that year because it was not ready yet.  That is not too strange it happens all the time, but then this year they announced the game was pretty much just a demo and that they were taking the game away from its developer Human Head studios.

This was a shock to me because they had a demo in 2011, and I saw it.  It was great, so to have nothing a year and a half later sounded questionable, and developers from Human Head are saying that Bethesda is lying, and they had a near complete game.  Bethesda is just mad because they offered to buy out Human Head but they refused so Bethesda pulled their funding, and then finally gave the game to their studio Arkane, and gave the game a new release date of 2016.

I find this story hard to believe as well because that would mean Bethesda is willing to throw away tens of millions of dollars to spite an independent developer, and most companies don’t like to waste that kind of money based on spite.  Especially ones in the tumultuous video game industry.

I think the truth is between those two stories.  I think Human Head was behind in development, so Bethesda got antsy and asked to buy them so they wouldn’t loose the talent working on the game, but they could bring the quality control in house, and when Human Head refused then Bethesda pulled the plug and moved the game to a new studio, and one that was in house so they could monitor the quality personally.

I am sure there is even more to it then that, and it would great to get truthful account of what is going on, but doubt that will happen.  I hope in 2016 the game is as cool as it was promised to be in 2011. 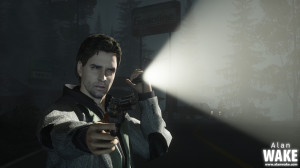 Alan Wake is a game made in 2010 by Remedy Entertainment, and published by Microsoft Game Studios.  It is Remedy’s second franchise after Max Payne, and I am glad to say that they continue their tradition of quality with this game.  I know your asking why I took three years to try it, but that is because I am cheap and it was five dollars on the Xbox Live Arcade.

Alan Wake starts off with the title character Alan Wake and his wife Alice on a trip to a secluded Washington town called Bright Falls.  They are going there to take a break and hopefully find a cure for Alan’s crippling writer’s block: Alan is a writer but he hasn’t been able to write anything for two years.  During their first night in Bright Falls something happens and Alice goes missing, and Alan can’t remember what happened, and the town’s inhabitants seem to be turning into monsters when the lights go out.  Can you save Alice and Bright Falls?

The game is separated in to six episodes, and each one starts off with a “Previously on Alan Wake”.  The creators did this because they love the show Twin Peaks, and used it for some of the setup for this game.  There is also a lot of Hitchcock and Stephen King to found here too, but it all comes together and works.  This is a very creepy game, and it made me jump more then once.

The gameplay is deceptively simple, you must shine your flashlight on the bad guys to where down their darkness and then you can shoot them with whatever gun you have with you.  It makes it kind of a dual wielding/lock on mechanic that works very well.  You can also make light traps to end the foes that follow you in the dark.

Also along the way you can collect pages to the book that you are apparently writing, it fills in the story, and lets you in on some of the secrets of Bright Falls.

This is a great game, and it was well worth my five dollars, and if you are looking for a game to play this summer you should add this to your list. 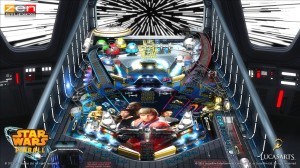 For Star Wars day Microsoft had the Star Wars Pinball tables for Pinball FX2 half off, so for 400 points or $5 I got three tables: An Empire Strikes Back table, a Clone Wars cartoon table, and a Boba Fett table.

I had never bought any Pinball FX2 tables before, so I was worried that when I bought the Star Wars add-on that now I was going to have buy the full pinball game to go with it, but luckily there is a free base package you can get that just allows you to use the tables you have bought.

I have not played electronic pinball for a long time, but it is still a lot of fun.  I really like the Empire Strikes Back table.  The only problem is that sometimes there is so much going on in the tables that I just want to watch it all, and I loose track of the ball, but I am sure that is the point.

They are a lot of fun, and something I can play if I only have fifteen minutes to spare, so for me it was 400 points well spent. 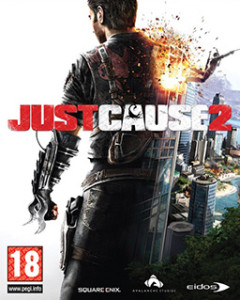 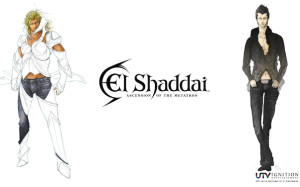